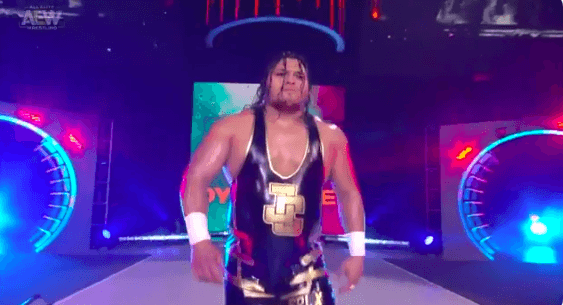 As seen on this week’s episode of AEW Dynamite, Chris Jericho made a shocking announcement during the show.

Jericho revealed that he’d been looking all around the world for a bounty hunter who ends careers and finally stumbled upon someone. He then went on to reveal that Jon Moxley will face the newest addition to AEW’s roster – Jeff Cobb on next week’s Dynamite.

After this announcement, a hype video for Cobb’s AEW debut was played.

Later on, in the show, Cobb showed up to join the Inner Circle and attacked Jon Moxley. Cobb hit his finisher – Tour of the Islands, on Moxley and left him laid out.

Tour of the Islands! Jeff Cobb is here!! #AEWDynamite pic.twitter.com/LkM2re7Tg9

Although Cobb’s contract with ROH ended last month, he’s still agreed on working with the promotion on a per-show basis. Over the past weekend, Cobb wrestled in ROH against Jay Lethal and Jonathan Gresham in a tag team match.

Ryan Satin of the Pro-wrestling Sheet reports that Cobb has reportedly not signed a proper deal with AEW yet and is only scheduled to appear for a handful of shows.