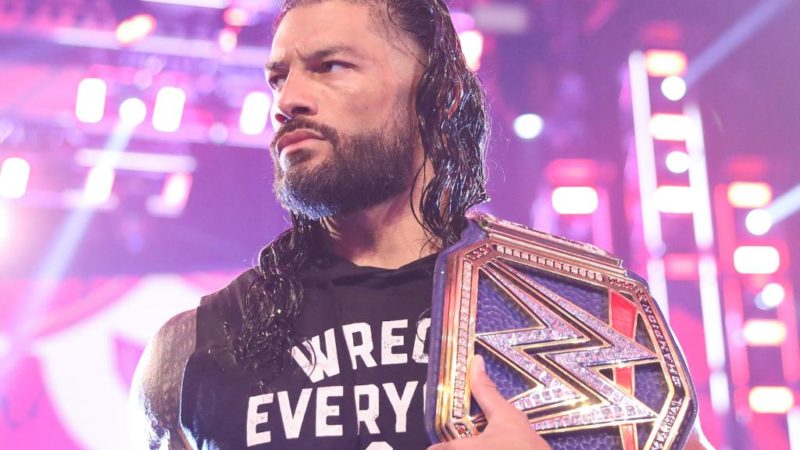 Roman Reigns is currently the WWE Universal Champion on SmackDown. Recently, Reigns appeared on a Zoom call where he answered several questions from fans.

Reigns talked about various topics during the call, including taking a shot at Jon Moxley and a possible Shield reunion. He also hinted that at Clash of Champions he would be debuting a new look at WWE Clash of Champions. So far, Roman Reigns has only appeared in his Shield vest, but that may now change.

“Get over it, you know what I mean? I mean, I am not gonna go out there in trunks. I’ve been wearing a SWAT outfit my entire career so I’m just gonna stick to those pants. You watch this Sunday, you’ll see me with my shirt off, so that would be the change… putting in some work, I’m not perfect, I’m not like a bodybuilder, so I’m not stage ready where you can see my spine through my abs but I feel confident enough to go out there and be a scary looking athlete. And God bless my cousin ’cause I’m gonna have to whoop him.”

At WWE Clash of Champions, Roman Reigns will face his cousin, Jey Uso, in a Universal title match.