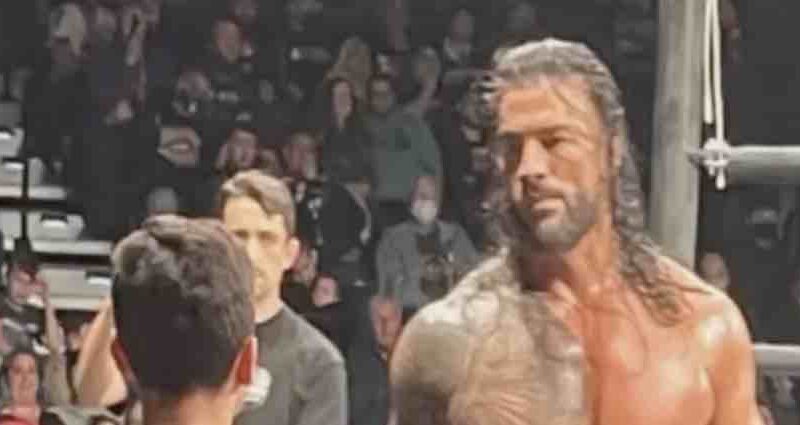 Roman Reigns has become not only one of the best heels in WWE, but he also sits at the top of the main roster. He recently successfully defended his Undisputed WWE Universal Championship against Drew McIntyre at WWE Clash at the Castle Premium Live Event. There have been reports that Reigns will likely turn babyface once he drops the championships. It is to be noted that he has had a babyface run which had mixed reception.

Reigns also has had fair share of feuds with John Cena, the top babyface of the company.  He has developed not only his in-ring skills but also his promo skills. ‘The Tribal Chief’ joined the IMPAULSIVE podcast, during which he admitted that he blanked out during his infamous 2017 promo battle with Cena, where Cena outsmarted him.

“Trying to think back. Yeah, I believe I did [blank in that 2017 promo segment with John Cena]. I think just being in that position and going through that experience made me better. I don’t think it was anything like John specifically, you know what I mean? Because I take from everybody I’ve worked with, everyone I’ve competed with I always try to take something that I learn from them… If you’re an offensive coordinator, I’m working under you as a quarterback coach or something and it’s like, man, that offense was good. I take everything that I like from it, then I’ma add a little bit to my own playbook and then now I got my own formula here. I took a little from you, a little from you…”