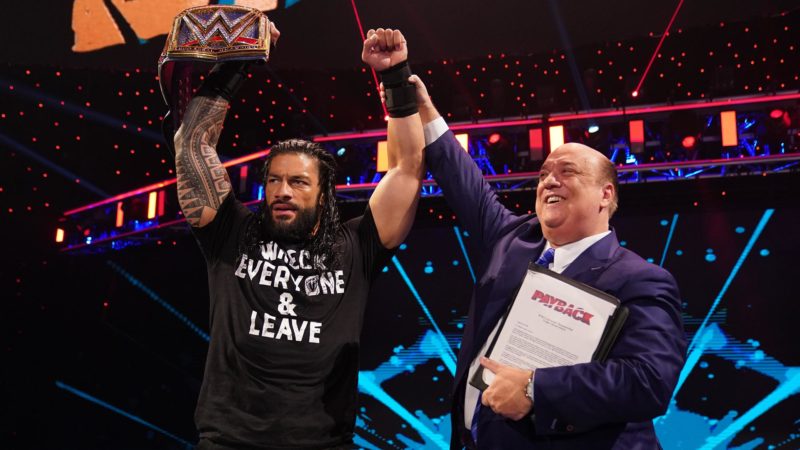 Sasha Banks has revealed that she wants to wrestle Roman Reigns. Perhaps we have our historic WrestleMania 38 main event if Ronda Rousey and The Rock don’t return for dream matches with Sasha and Roman respectively? Roman Reigns’ WWE Girlfriend ‘Breakup’ Promo Recently Leaked.

“I feel like this is the best division we’ve ever had,” Sasha told Mick Rouse of GQ in an interview when asked about the talent on the WWE Raw, Smackdown and NXT rosters.

“I can’t believe the growth within just the five years of where I’ve been in this company. Top to bottom, every woman is so hungry to be number one, but also wants to work together as a unit. For me, I really love Kay Lee Ray in NXT UK. I’ve heard a lot about her and from the stuff I have seen, I really love her style.

You can just tell when someone is good beyond their time, and she is. And there’s a lot of women here on SmackDown that I still haven’t had the chance to have a program or singles match with. Whether that’s Liv Morgan or Ruby Riott or Billie Kay. Natalya is someone I still really want to sink my teeth in with and have a real long, good match with, because I know she and I can go. But the potential is just endless. Down in NXT, we have so many incredible women from all over the world. I’m like a kid in a candy store, I could choose so many that I would want to perform with, because I still have a long time here.”

Sasha added that she wants to wrestle Roman, “There’s always work to be done. And it’s more internal than external. I love to put in the work to help it grow within itself. I mean, I beat Drew McIntyre last year, so I would love a singles match against Roman Reigns. Just to show that I really am the number one, number one, number one in the company.” A Sasha Banks Huge WrestleMania Spoiler Was Just Revealed.