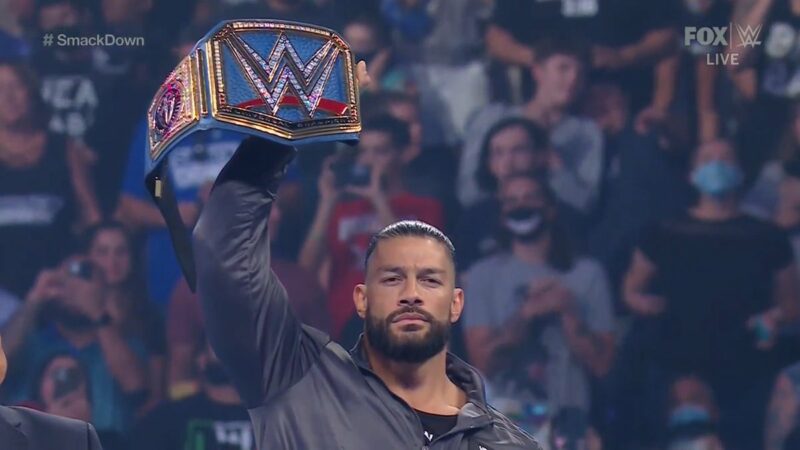 WWE Clash at the Castle Premium Live Event is set to take place at Cardiff, Wales on Saturday, September 3. This will mark the company’s first premium event in UK in over a decade. Drew McIntyre will challenge Reigns for the titles and fans are quite excited about the clash.

Ahead of the highly anticipated clash, Xero News has reported that the main event is set to feature some “major shenanigans”.

“The clash Main Event will feature major shenanigans, It WONT be a clean match.”

They have also reported that the current plan does not have Roman Reigns leaving with both the titles, if any titles, hinting that there are chances of Reigns losing just one of his two titles tonight.

“At this moment the main event plans do Not have Roman leaving with Both Titles. If any Titles,” reported Xero News.

It WONT be a clean match.

At this moment the main event plans do Not have Roman leaving with Both Titles.
If any Titles.

Will have a locked in decission later today/early tommorrow morning.

It seems Reigns might turn babyface if he drops the titles. The Undisputed WWE Universal Champion Roman Reigns has been unstoppable with his championship reign that will soon hit the two-year mark. Reigns has been the Universal champion since the Payback event on August 30th 2020. It has been the longest reign in the championship’s history and the sixth-longest world championship reign in WWE history. He was also scheduled to celebrate 2-year reign on this week’s Clash At The Castle go-home episode of SmackDown. However, before Reigns could make his way to the ring, ‘The Scottish Warrior’ laid down Reigns with a brutal attack at the parking lot.