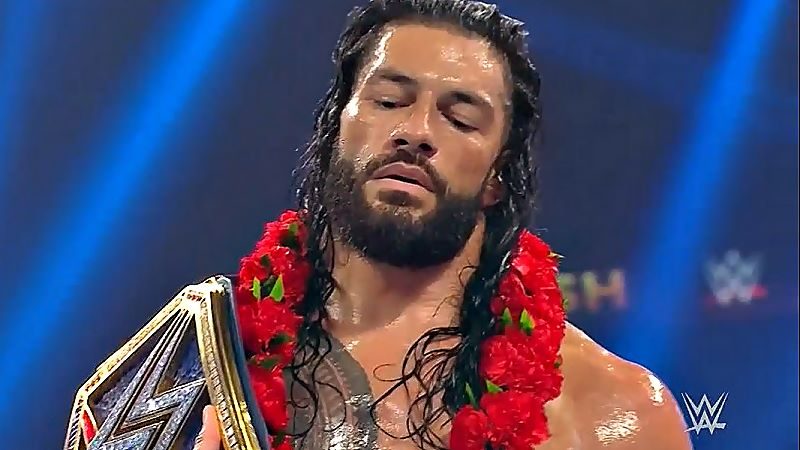 “Show up and win. Show up and win, that’s what I did. It’s because of moments like right now, already putting in the work. I’m special, man, I’m the best generational talent. I’m that transcendent landmark where the old school meets the new school. There ain’t nobody like me in the whole world, in all of entertainment, sports entertainment. There ain’t nobody like me. I told you, like the majority of my opponents, I respected that man Cesaro. I respect that man and said he’s one of the greatest in-ring wrestlers in the whole world. So, what did I do? I beat him at his own game. We live in a world of negativity and haters. They never bother me.

They’re never a problem for me, but they are a problem for my opponents. Cesaro may have had a chance last night if my own blood wasn’t hating on me and doubting me. It’s all motivation to me. When you get it all the time, it motivates you to do the work, but when it’s within your bloodline and within your family, it hits way harder. I had to go out there and show them. Jimmy! Jim. Don’t text me, don’t call me, don’t FaceTime me, don’t tell your brother to text me, don’t hit me up on the group chat, we’re gonna have to talk about this, but we’ll do it on my show. Friday night. My SmackDown. Have a good week, Uce. I’ll see you in a few.”

Bobby Lashley was thrown through the entrance way that was part of the WrestleMania Backlash set. As Drew through Lashley through it – sparks flew everywhere which could have done some damage. Lashley took to Twitter following the incident.

Bobby Lashley had this to say about the spot that could’ve caused big issues for the champ: “Stupid @DMcIntyreWWE Haven’t you seen my entrance? I run on electricity! You. Can’t. Beat. Me. GIVE IT UP! #AndStill @WWE”

This match itself was truly a battle between giants, which resulted in mayhem inside and outside the ring. Lashley ended up retaining his title after pinning Braun. The match would be even better if The Hurt Business was still together so he had more friends to celebrate his accomplishment with. It was a good match that many fans are very happy with, and the match had went as expected with even a few surprises like crashing through the stage to really light things up for an ‘eh’ pay per view event.

Stupid @DMcIntyreWWE. Haven’t you seen my entrance? I run on electricity!