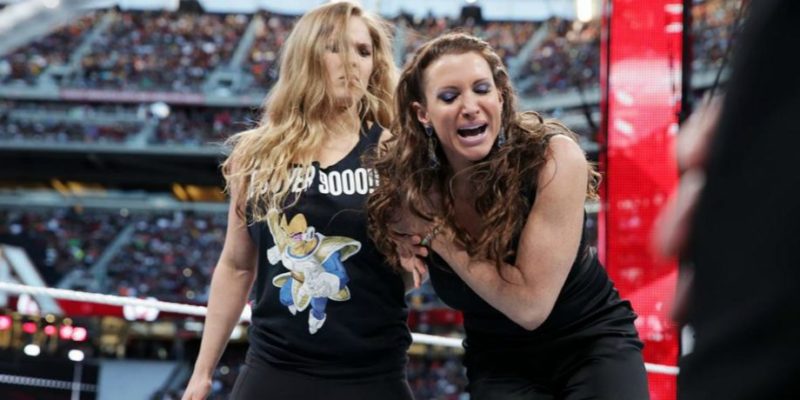 Ronda Rousey finally has her match set at WrestleMania. The former UFC Bantamweight Champion has been rumored to be taking on Stephanie McMahon in some capacity on the Grandest Stage of Them All since rumors first began of her signing.

After her appearance at the Royal Rumble, it was believed that she would be taking on Stephanie McMahon and Triple H with a partner of her own, though that person was never confirmed. People like the Rock and Braun Strowman were mentioned, but we never heard anything official.

However, after Elimination Chamber, it was all but confirmed that her partner would be none other than Raw GM Kurt Angle. Angle and Rousey were both on the wrong side of HHH and Stephanie that night, and the following night on Raw, HHH left Angle laying in the ring with Rousey looking on.

Tonight, Ronda Rousey announced that she would be facing Stephanie McMahon at WrestleMania. Kurt Angle then decided to change Rousey’s debut match into a tag team match, pitting himself and Rousey against Triple H and Stephanie McMahon. The segment ended with Stephanie running away while Angle put Triple H in the Ankle Lock.