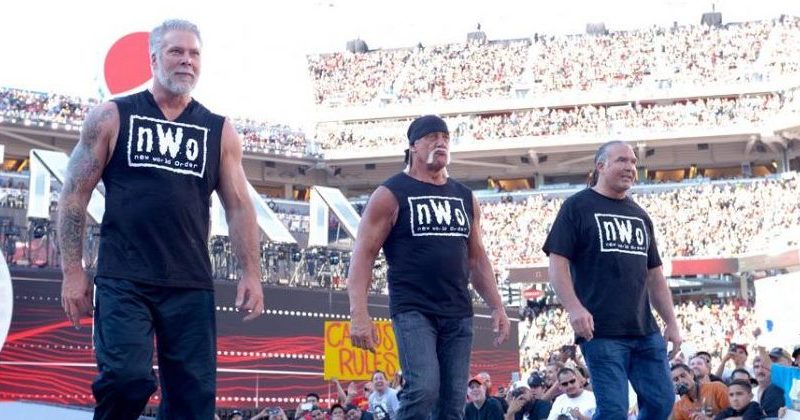 There is still more than half a year remaining to the Hall Of Fame 2020, but the rumors about the 2020 class have already begun and they point towards a very interesting and controversial induction.

While not confirmed there have been rumors that the original nWo trio of Scott Hall, Kevin Nash and Hulk Hogan could be the headliners for next year’s Hall Of Fame.

Mike Johnson of the PWInsider recently discussed these rumors. He mentioned how it makes sense since WrestleMania 36 will be taking place from Tampa, Florida:

“It’s Tampa, which is Hulk Hogan country, so perhaps the NWO makes sense. I haven’t heard any definite names at this juncture.”

Though this won’t be an easy induction for WWE in light of Hogan’s racial slur controversy and if they do go this route it would be interesting to see how the African American stars within the company react to it.