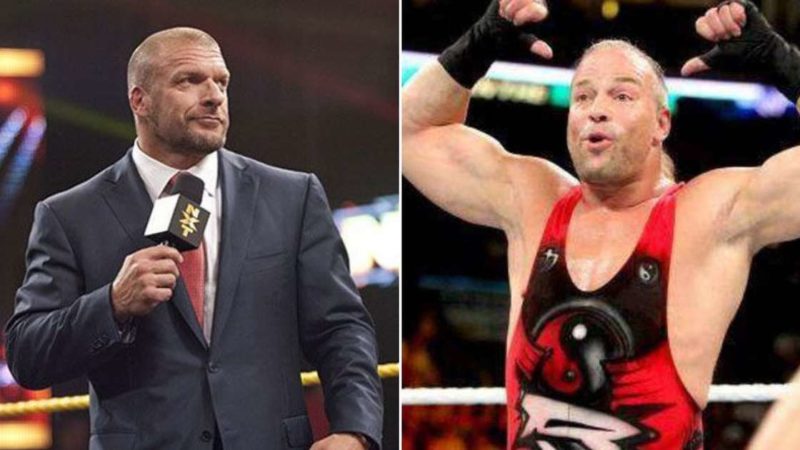 RVD is a veteran in the professional wrestling business and had a solid career in WWE. However, he has also had bad experiences backstage in WWE. This includes the likes of facing politics with Triple H.

He recently spoke on the Pro Wrestling Junkies show, where he talked about his career in professional wrestling. He also talked about Triple H for some time.

During the conversation, RVD revealed that Triple H tried to assist him in his promo work, but RVD did not need any assistance. Apparently, that is what led to RVD’s career in WWE taking a dive. He then elaborated on how Triple H would try to take credit for bringing RVD in and also for all the accomplishments he had in WWE.

“Someone in an interview recently brought up that they got a tip that a reason one of my first pushes in WWE was stopped was because Hunter had offered to help me with my promos and I pretty much told him to ‘F*ck off,’ RVD revealed. “Honestly, that sounds about right. I didn’t really tell him to f*ck off, but I should have let him help me. I was feeling the stresses of the adjustment to the political machine there.”

“I had [Triple H] and JR pulling me in different directions trying to get credit for bringing me there. Triple H would be telling me one thing and then JR would be pulling me the other way saying, ‘I got you this much extra on your merch – can your buddy [Triple H] do that?’ And then [Triple H] would say, ‘I got you this match because they want to do this with you,’ or whatever. I just didn’t want someone else trying to get credit for my success or taking credit for creating me. I was very headstrong and stubborn. Sometimes that was good, but if I could have been a little more flexible on certain things, it surely would have made a difference in a lot of areas.”

Triple H’s rise to the top around that time is well-documented and infamous. While RVD’s own experiences in the business are unique, it certainly paints an interesting picture of how it was working with Triple H back in the day.