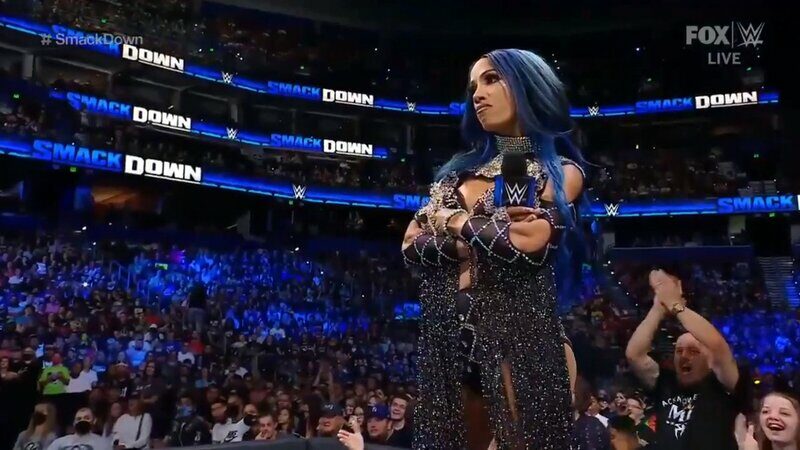 Sasha Banks has posted a new photo cosplaying as Liv Morgan, as seen below.

Big E suffered a severe neck injury. This happened on a previous episode of Friday Night Smackdown, where Ridge Holland hit Big E with a belly to belly and it resulted in Big E landing directly on his neck. According to Dave Meltzer on Wrestling Observer Radio, it was said that there are different levels of broken necks and that Big E might need to go under the knife and be gone for a year similar to what happened with Steve Austin, Edge and Chris Benoit.
Big E was rushed to the hospital after being stretchered out of WWE Smackdown, which was caught on video. Big E later told fans his neck is broken, though he has told fans Saturday morning he won’t need surgery, and that there was no spinal damage.
Fellow New day member Xavier Woods recently spoke to Bart Winkler, Xavier Woods gave an update on Big E.

“Unfortunately, as you know, E is dealing with a broken neck right now, which, We’re just honestly just happy that he’s alive, you know, happy that he didn’t break anything, and, it isn’t worse [like] it could be. So, he’s gonna be okay, in the next couple of months. Very, very lucky for that.”

In other news, Jon Moxley was a mainstay of WWE television since signing with the company over a decade ago and from 2012 to 2019, he had a tremendous career in the company, winning multiple championships along the way. He parted ways with WWE back in 2019 and went on to sign with AEW, where he has had a great run so far.