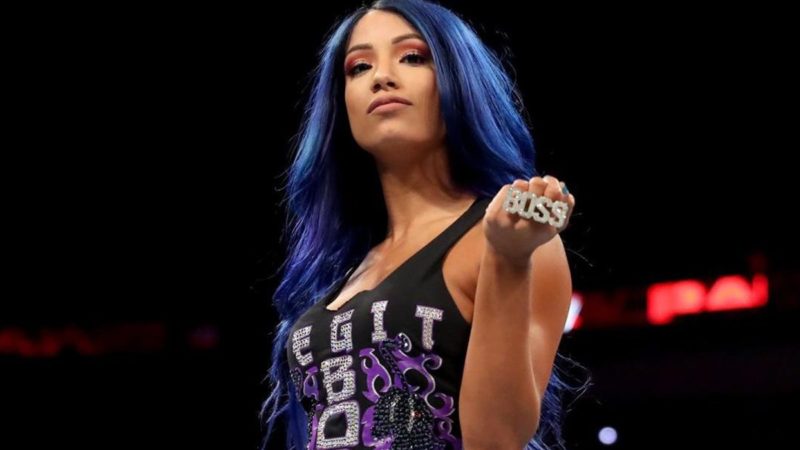 WWE star Sasha Banks has been away from WWE since she lost the SmackDown Women’s Championship against Bianca Belair at WrestleMania 37. The match made history that night as they became the first Black women to compete for a singles title and main event WrestleMania.

Belair emerged victorious that night capturing the championship gold. But The Boss was witnessed to be happy as she was smiling after the match.

Why was Sasha Banks smiling?

WWE SmackDown Women’s Champion Bianca Belair recently spoke to Alex McCarthy of Inside The Ropes, and reflected on the reaction of Banks.

She noted that night made history and it was a victory for them. It was bigger than Belair or Banks winning the title. Roman Reigns WWE Hell in a Cell Match Leaks?

“I knew it was my time to showcase myself, but it’s also Sasha Banks’ legacy. She’s done so much up until this moment and I want to leave a good stamp on her legacy and it’s the beginning of my legacy. That moment was so much bigger than both of us. That’s why she was able to smile and be happy at the end of the match. At the end of the day, I walked out as SmackDown Women’s Champion, but no one lost that night. It was so much bigger than me and Sasha and becoming SmackDown Women’s Champion because we were the main event and made history. No one really lost and I think that’s why she was able to be happy. You couldn’t ask for a better moment and a better stamp on your legacy. It could’ve been anybody and we were blessed that it was.”

It is to be seen when The Boss makes her much awaited return to WWE and might attempt to reclaim the title.