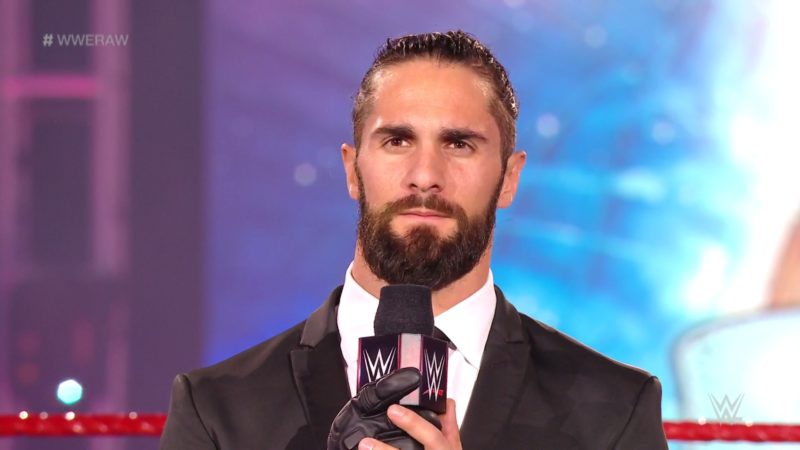 On the May 11th edition of Monday Night RAW, Becky Lynch relinquished the RAW Women’s Championship. The Man revealed that she was pregnant, and would be handing the title to MITB winner Asuka.


Jim Cornette talked about this announcement on the 140th episode of Jim Cornette’s Drive-Thru. On the podcast, Cornette said:

“You can’t always be on top of the wrestling business in a $1 million a year spot or more, but you can have a baby. What is she? Can she be 30? Well, she’s got many more years before the f***ing Easy-Bake Oven gets shut off.

She can have all those problems like a distended stomach and stretch marks and hemorrhoids and hormone problems and mood swings and all those other joys of motherhood later when she ain’t making a million dollars a year!”

On the After The Bell podcast with Corey Graves, Seth Rollins responded, saying:

“It hurt my feelings on a personal level, because Jim Cornette, that’s someone who is a legend in our industry and he’s someone that I’ve personally worked with in my time at Ring of Honor. For him to come out and say some real negative things, some real misogynist things about women in general and pregnancy in the industry, it was just…it kind of caught me off guard and it made me lose a lot of respect for someone like that, you know, who a lot of people had already kind of lost respect for.

I was still holding on to hope that somewhere along the line, it was a personal connection between Jim and I that, you know, he would think twice before making just some egregious comments about women, about my wife that were just completely… I can’t even forgive them.”

“On a grander scale, the mindset that has to go into that needs to be eradicated all around. It’s just so disgusting. You know, the more I sat and thought about it, talked about it, I knew we had this appearance coming up and we’re going to have this conversation. I wanted to address it just because I want to make it very clear that I’m so proud of my fiance, of Becky, of what she’s doing and the courage that it takes for her at this point in her career to make a decision.

She’s thirty-three years old. So, once you hit thirty-five for women, you start running risks with the pregnancies. So, she made an incredibly tough decision. She went out there on national television. She had to say things the way she wanted to do. The fact of the matter is, she is the most talented woman I’ve ever seen in my entire life. She’s going to be just fine. Being pregnant, making money, doing alright. Everything that Jim Cornette said is complete nonsense, not just for her, but for women around the globe.”

And he does it very well. pic.twitter.com/t7USs69yJ4