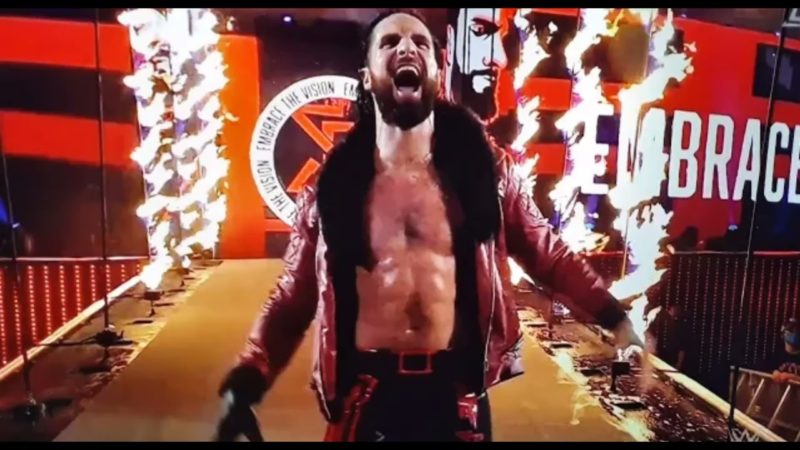 Seth Rollins recently revealed a heated discussion he had with WWE Chairman Vince McMahon in back 2017. Rollins revealed that it was about the direction of his WWE character.

The former Shield member had turned babyface in 2016 and went on to defeat Triple H at WrestleMania 33 in 2017. After WrestleMania pay-per-view, Rollins strived to connect with fans in the way that Vince had wanted. Roman Reigns vs. Jon Moxley Rumor Leaks

‘The Messaih’ spoke on Steve Austin’s Broken Skull Sessions and said that Vince invited him into his office in the summer of 2017. The WWE Chairman questioned Rollins’ “fire” at the time, which prompted an angry response from the former WWE Champion.

“I’m like, ‘Look, man, you just give me the ball and I’ll take it to the house but you’ve gotta give me the opportunity. You put me in a bulls*** situation where I’m kinda filling in in these spots and I’m not getting the focus that I deserve. Give me the opportunity and you’ll see the guy that you wanna see. It’s not me, trust me, I put forth every night. I make every damn town, I bust my a** for you, don’t give me that s***.’ And he respects that, man, he respects when you do that, when you stand up for yourself,” Seth Rollins said.

WWE Hall of Famer Steve Austin also opened up on having a dispute with Vince. Seth Rollins explained to Austin that he had no choice but to “fire back” after McMahon raised doubts about his desire.

“He [said], ‘What happened to Seth Rollins? What happened to Seth freakin’ Rollins? Where’s that guy? I need that fire, I need that…’ I know what he’s trying to do, right? I know what he’s trying to do. I’m not gonna sit there and, I have all the respect in the world for my boss, for Vince as a person, we have a good relationship, but you’re not gonna talk to me like that without me firing back. And so I fired back at him and we got into a heated discussion, an argument,” Rollins said.