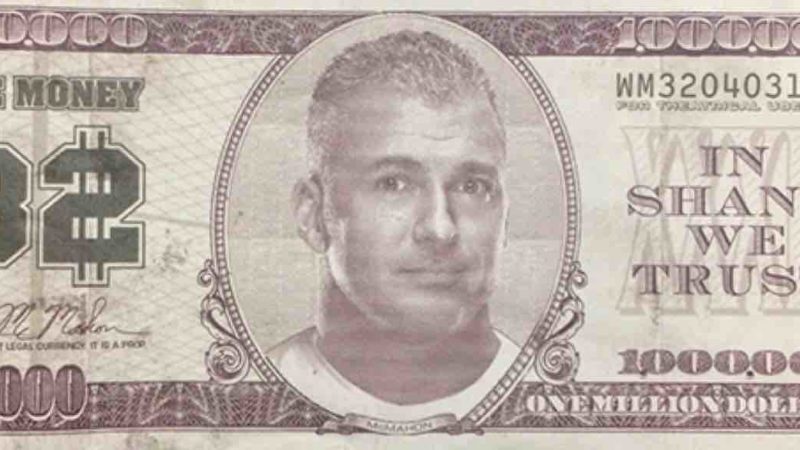 Shane McMahon started out low on the totem pole in WWE financially, working low paying jobs before advancing into an executive and part time wrestler role in the late 90’s.

Bruce Prichard just revealed on Something To Wrestling With, “Well, Shane was like, ‘Well, f*ck this, and Shane went to the guy that was in charge of the bricklaying, the masonry on Vince’s house, and said, ‘Hey, what do you pay?’ The guy paid, I don’t know, 10, 12 bucks an hour, which was more than he would have been making at the office… he had overtime and all this other stuff. Shane was like, ‘hey, this guy will give me this.’ Vince was like, ‘Congratulations, you’ve got a new job.’”

Bruce also discussed Shane McMahon showing up on Nitro in March 2001 after WWE purchased WCW, “The whole thing was weird. The whole thing was a lot of unknowns. The whole day was a lot of, what ifs, and unknowns from the standpoint of we didn’t know what we were walking into. The poor folks at WCW had no idea what was walking into them. It all happened so fast. It was like, ok, this is what you have to do. You have to go in and talk to them, not even knowing what we were going to do because we hadn’t even seen the other side of that business proposal. We had purchased assets, certain assets that we were interested in like the tape library, some of the equipment and things of that nature.

Once it became clear that TNT and TBS didn’t want to have anything to do with wrestling anymore, that changed the whole dynamic of what we thought we might have been interested in and that’s why it went in a fire sale, basically, for lack of a better term. So, we didn’t have a lot of answers going into it. The WCW guys, I think most of them wanted jobs. They didn’t want to be out on the street and wondering what am I going to do next. But, a lot of them had contracts with AOL Time Warner that were going to be paid out. Some did. Some didn’t. We still had not been able to have access to go through all that so there was no way to give them a lot of answers.

I thought Shane handled it like a champ. Shane addressed everyone. When everyone got there, the agents, the talent, I thought everybody worked great with us that day. Sh*t, it was a scary time. Nobody knew. They didn’t know what their future was. We didn’t know what their future was. It wasn’t like we could say, ‘Hey man. Everything is going to be ok’ because we didn’t know. We said, ‘We are going to get into this. We are going to look at it and we are going to let everybody know as soon as we make a decision and understand exactly what it is that we have.”