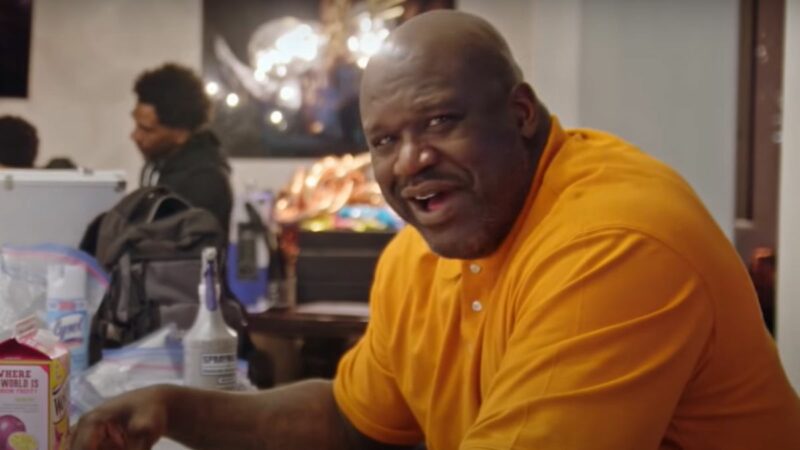 NBA legend Shaquille O’Neal has played for six franchises during his legendary NBA career that spanned 20 years. He is one of the greatest to step foot on the court. He recently talked about the salaries of the players at present.

In a sit-down interview with Patrick Bet-David, the 15-time All-Star suggested he could easily earn at least $600 million playing in the league today. This would be more than what he earned during his 19-year span as a player, which is reportedly $292 million.

“Career earnings, I’m not counting your money, but I think you made $292 million dollars in 19 years,” Bet-David said.

He then asked Shaq how much he thinks he would make if he played today.

Shaq with no hesitation swiftly replied:

Shaq also believes if he were an active player in today’s era, his contracts would be anywhere between $200 million to $300 million:

Here’s what Shaq said to Bet-David:

“I’m telling you that’s what I’d make. Playing against these little cupcakes. I wish I was playing now, I swear.”

Shaq also shared his take on the new wave of name, image, and likeness (NIL) deals. It appears even in today’s age, Shaq’s interest in college would have been his studies, not necessarily in securing the bag.

“Now they got this whole NIL thing. My thing is — I always thought college should be a place of higher learning. I know there’s this whole business. You should pay players, but if you understand business, the kids — they travel private, they stay in hotels. Who is paying for that? The books are paid for, the food is paid for. So, they are getting paid for somewhat but if you were in real life, they would be called tax. Think about it,” Shaq said.

“You’re getting the money but other entities are getting it to take care of a certain thing, but there are a lot of kids making a lot of money. I wish them well, but I wanted to go to college because I wanted to fulfill my parent’s dreams and I wanted to learn. I wanted to educate myself for life after basketball.”

O’Neal had made his NBA debut in 1992, with Orlando Magic. During his career, Shaq’s most lucrative run was with LA Lakers from 1996 to 2004. During these eight years, he won three NBA championships and three NBA final MVP awards. He moved to Miami Heat in 2005 and won another championship with them. In addition to this, Shaq also appeared on 15 All-Star teams and won Rookie of the Year in 1993.