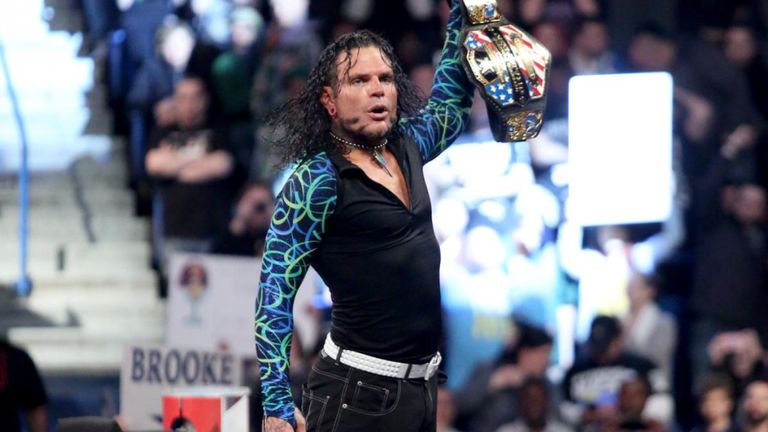 Jeff Hardy planned on shutting up Shinsuke Nakamura tonight, but it seems like that won’t be happening, as the WWE reported earlier today that the King of Strong Style suffered an injury at a house show last night.

EXCLUSIVE: Unfortunately, @ShinsukeN sustained an injury last night and is not medically cleared to compete. However, #USChampion @JEFFHARDYBRAND will issue a #USOpenChallenge TONIGHT on #SDLive! pic.twitter.com/1wefUTFRRM

Smackdown Live GM Paige revealed that, while we don’t know how serious the injury is, the Wrestling Observer Newsletter claimed that he was bitten by a police dog during last night’s event.

Regardless, Nakamura won’t be able to challenge for the United States Championship. Instead, Jeff Hardy will put his title on the line in an open challenge.

Who will challenge the Charismatic Enigma? Will Jeff leave tonight with the title around his waist? Tune in to Smackdown tonight to find out.