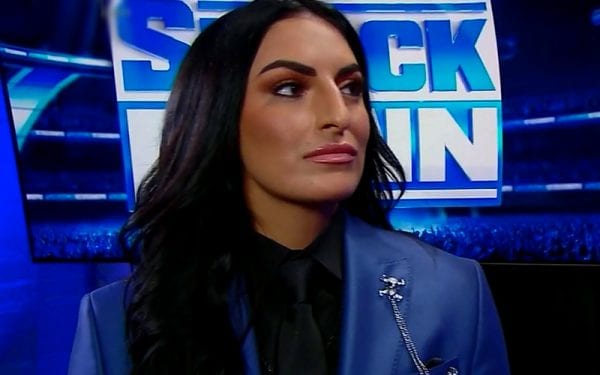 Sonya Deville recently made her return on WWE Friday Night SmackDown after having a hiatus of five months.

Apparently she will not be competing in the squared circle but will help WWE Official Adam Pearce in the backstage duties.

On this week’s edition of Talking Smack Deville discussed her return and what goals she’d like to achieve this year. She was asked how she feels about her return.

“It’s never felt better. It felt like it was never going to happen. You know what? 2021 is going to be the year of Sonya Deville, but also the year of SmackDown. I’m excited about so many things to come for the show. And I’m excited to show you guys.”

She is set to have an authoritative role in backstage rather than being an in-ring competitor. She also explained the sudden change to Kayla Braxton and Paul Heyman.

“Yeah. I mean, anyone who knows me knows that is a natural fit for my personality. I think it’s a great kind of duo with [Adam] Pearce right now. I want to make SmackDown a good place to be and a good place to work. I want the women to get opportunities. I have a lot of things in store, and I think it’s going to be positive and moving in an upward direction.”

It is to be seen what plans WWE have for Deville going into the future.