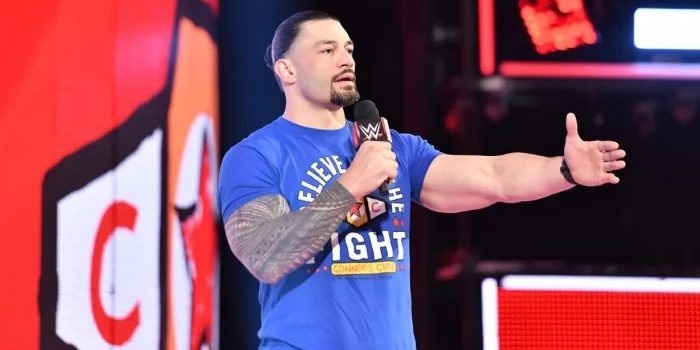 WWE has banned the use of Roman Reigns’ name on their programming after the Big Dog made the decision of pulling out of his WrestleMania match against Goldberg.

The former Champion was also not featured in the latest  Make-A-Wish video, opposed to the usual practice where Reigns is the front and center of such campaigns.

These changes have started many speculations notably from WrestlingNews.co, about the relationship between WWE officials and the former Shield member.

WWE’s recent moves could be an indication that things are not right between the two and officials are not happy about Reigns’ decision to pull out of the show at the last minute.

Though this could very well be just a rumor and we will have to wait for some reputed source to provide some more reliable update on the situation to say anything for certain.