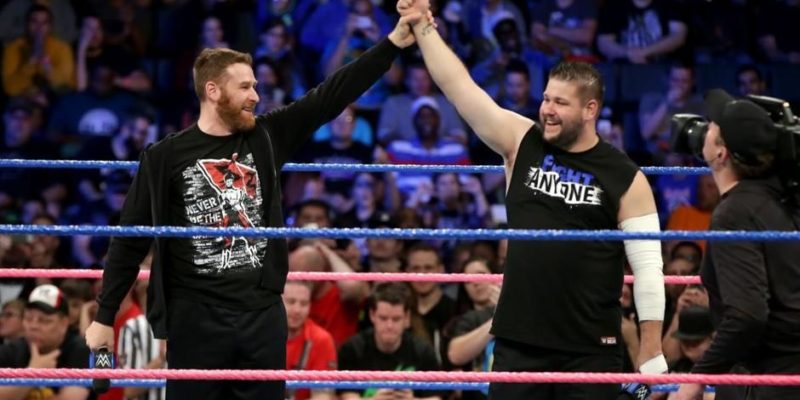 Kevin Owens and Sami Zayn have been out of action for a long time now, due to both requiring surgeries. Kevin Owens had double knee surgery, while Sami Zayn had a surgery for his rotator cuffs. They are currently still recuperating.

Promos for the return of both the superstars were shown during the RAW where Vince McMahon made his major announcement, ushering in the New Era of WWE. However, we have not heard anything about them since.

On Wrestling Observer Live, Bryan Alvarez explained that neither men are coming back anytime soon. He noted that WWE was just trying to promote as much as they could as it was the New Era. Here is what he said:

“Kevin Owens, Sami Zayn they’re probably not going to be back until February I would guess, maybe they’ll be back a little early. But, when they were making all their announcements, that was just something else they could tell the fans. Change is coming, but it’s not like they’re coming back next week.”

We will have to wait and see they the two finally make their WWE return, and how they will be involved in a storyline again.