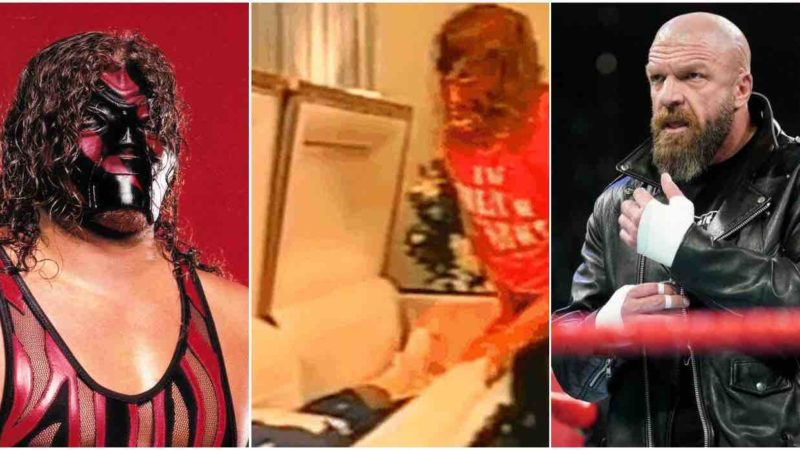 Stephanie McMahon has apologized to Kane for the 2002 Katie Vick storyline with Triple H, claiming he had ‘nothing to do’ with it. Kane was announced today for an induction to the WWE Hall of Fame, with Sabu spoiling another big name.

“Congratulations to one of the most unique characters & individuals I have ever known,
@KaneWWE. A man w/ unparalleled intellect, whose heart is as big as his body. Welcome to the #WWEHOF Class of 2021! #YouDeserveIt (Don’t worry, we all know you had nothing to do w Katie Vick! (Flushed face)”

Perhaps Katie Vick can be the next WWE Hall of Fame inductee. Undertaker said, “[email protected] has been a brother to me on and off screen for over 25 years. Hardworking, loyal, and dedicated I was honored to be the one to announce he is the newest member of the #WWEHOF Class of 2021! #BrothersofDestruction.”

Kane told SI about his induction, “This is the greatest honor of my entire pro wrestling career,” Kane said. “There have been so many people that helped me get here, and I can’t wait to say thanks to each of them. It’s a tremendous honor, one that I’m still trying to process.”

“I’m not going to speculate on anything,” Kane said on who may induct him, and if it could be Undertaker. “This is all so new. I’m just so grateful for this honor.”

“The secret to longevity in WWE is being able to reinvent yourself,” he said. “I took so much pride in this profession, doing different things. Team Hell No with Daniel Bryan added an entirely new dimension to the Kane character. Who ever would have thought Kane could be comedic relief? A lot of that credit also goes to Bryan, who was an amazing partner. And I always took a lot of pride in showing my range as a performer.”

.@KaneWWE has been a brother to me on and off screen for over 25 years. Hardworking, loyal, and dedicated I was honored to be the one to announce he is the newest member of the #WWEHOF Class of 2021! #BrothersofDestruction https://t.co/lNMDLJaa6v