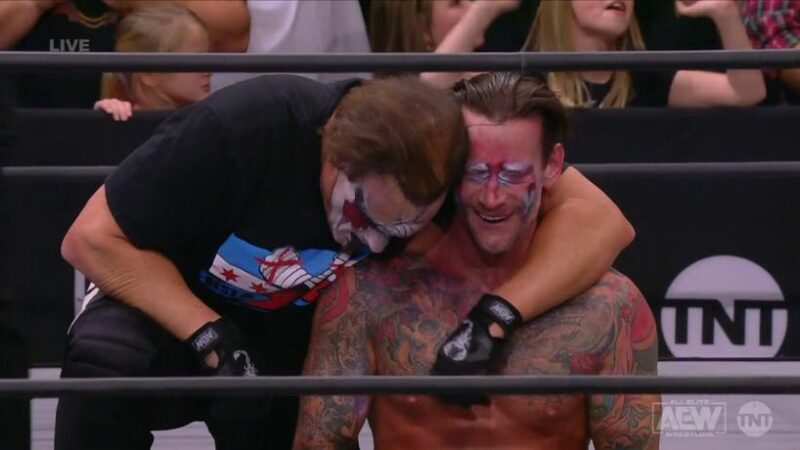 CM Punk managed to capture the AEW World Championship once again at AEW All Out pay-per-view. Punk pinned Moxley with his third GTS of the match. It has come to light that he was reportedly involved in an altercation following the conclusion of the show.

During the post-AEW All Out media scrum, CM Punk blasted Colt Cabana, Hangman Page, Kenny Omega and The Young Bucks. Punk utterly buried Page and Cabana in particular while blaming the Bucks and Omega for being incompetent EVPs. Dave Meltzer and Bryan Alvarez mentioned during Wrestling Observer Radio that they saw a police officer run by, and they figured a fight broke out with someone else. It was later revealed that Ace Steel was also involved in the “melee.” Ace Steel, was allegedly involved as he reportedly threw a chair that hit Nick Jackson in the eye.

It is no secret that Punk and Page has legitimate beef. The former had called out the former AEW World Champion few weeks back that was seemingly off the script.

On recent Wrestling Observer Radio, Dave Meltzer provided some background when it came to Punk’s beef with Adam Page. It turns out that Hangman did an interview a few months ago, and he didn’t answer a question in a way that Punk appreciated.

“When somebody brought up a question, ”What have you learned from CM Punk and Sting?” And he kinda didn’t have a good answer. He did sorta say ‘I’d listen if they said something.’ but he also said ”I kinda go on my own and learn by trial and error from my own stuff.” And Punk was offended by that and brought it up like ”This guy is a know-it-all.” I just thought that that Page was thrown a question and sheepishly answered it and Punk got mad cause his name was brought up. Punk’s got a lot of experience and knows a lot of stuff, you can learn from him if you want to.”