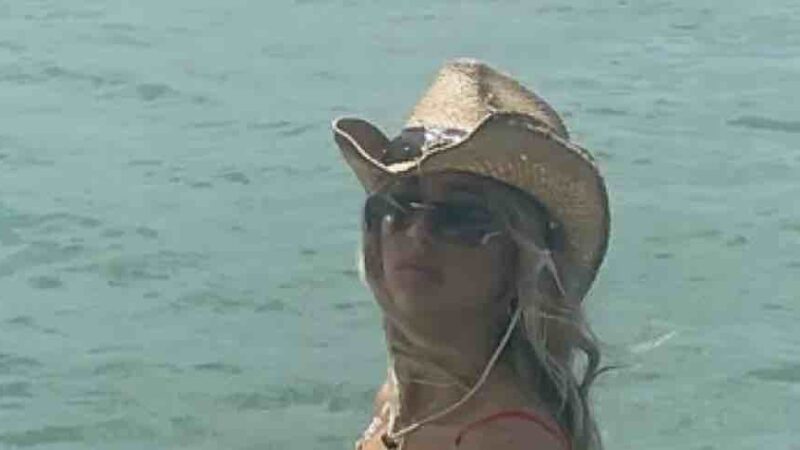 Scarlet Stallone, the youngest daughter of legendary actor Sylvester Stallone and Jennifer Flavin took to her Instagram account and flaunted her beach body.

The 20-year-old in the photo was seen posing in front of a mirror with a wooden frame. She pushed her hip out slightly and left both arms hanging at her sides. She arched her back a bit and tilted her head as she wore a smoldering expression on her face. The background showed a window and some green foliage that was visible through the glass.

Scarlet wore her long, blond hair parted in the center. The locks were styled in loose waves that cascaded down her back, with some strands lightly brushing over the tops of both of her shoulders.

Scarlet stunned in a two-piece bikini that did her slender figure nothing but favors. The babe’s top was primarily white, and it boasted a blue floral pattern. It featured thin spaghetti straps that showed off her shoulders as they were tied behind her back and around her rib cage. The piece also boasted a low-cut neckline that displayed her cleavage.

Showing off her toned torso, Scarlet coupled the top with a pair of matching bottoms. They were a classic string style with a low-rise cut that accentuated her flat tummy and killer abs. The side straps tied together into knots at her hips and highlighted her hourglass silhouette. Fans also got a peek at her muscular thighs, which were emphasized by the high-cut design of the garment.

Scarlet accessorized her beach day attire with a pendant necklace and bracelets. 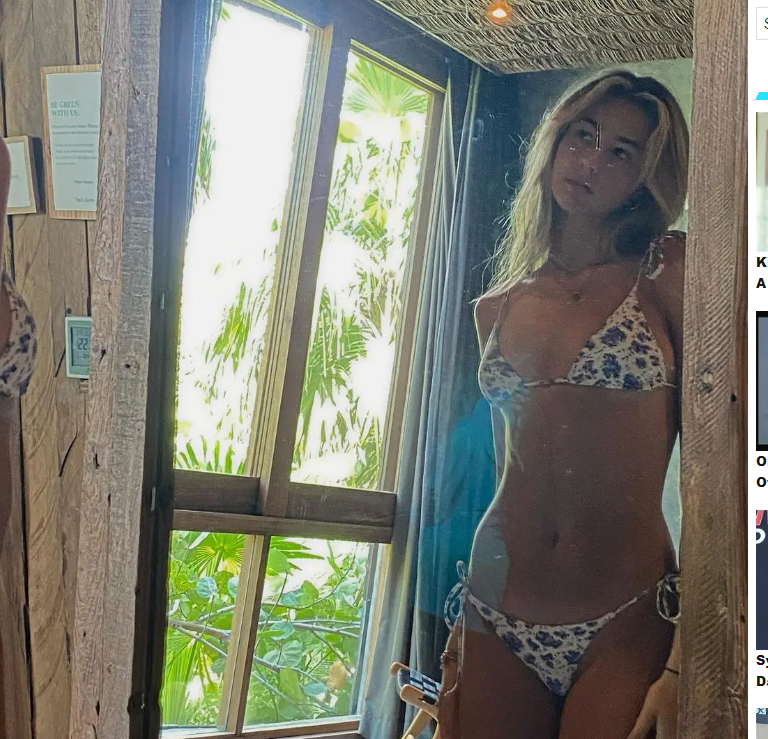 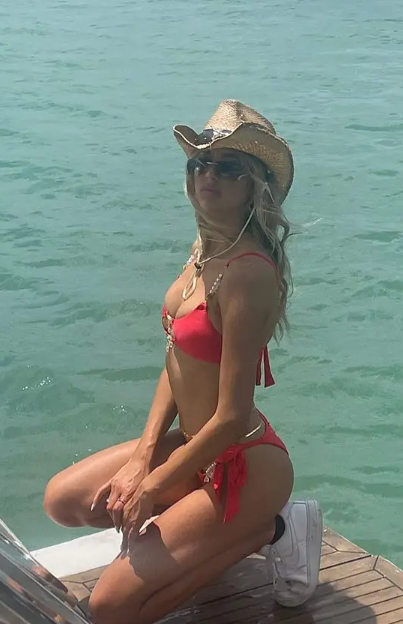