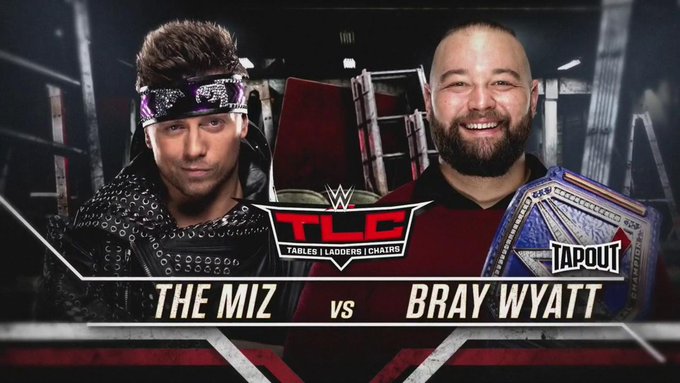 On SmackDown, Bray Wyatt turned his sights away from Daniel Bryan, instead locking onto The Miz. Reportedly the original opponent for The Fiend at Survivor Series, The A-Lister will now face Wyatt at WWE TLC.

The Miz was supposed to have Bryan on as a guest for this week’s Miz TV. However, the former WWE Champion has yet to be found since The Fiend abducted him last week. Wyatt hinted at a grim outcome for the leader of the YES! movement on the Firefly FunHouse.

Wyatt then targeted The Miz. Well, his family, anyway. Claiming that he was looking to “join a new family” after losing his, he goaded The Miz into chasing him to the back.

Waiting for him was a picture of his family with Wyatt inserted into his place. Wyatt took the opportunity to lay him out with a Sister Abigail.

WWE later announced that it would be The Miz taking on Bray Wyatt, not The Fiend, at WWE TLC. For the moment, the Universal Championship is also not on the line.