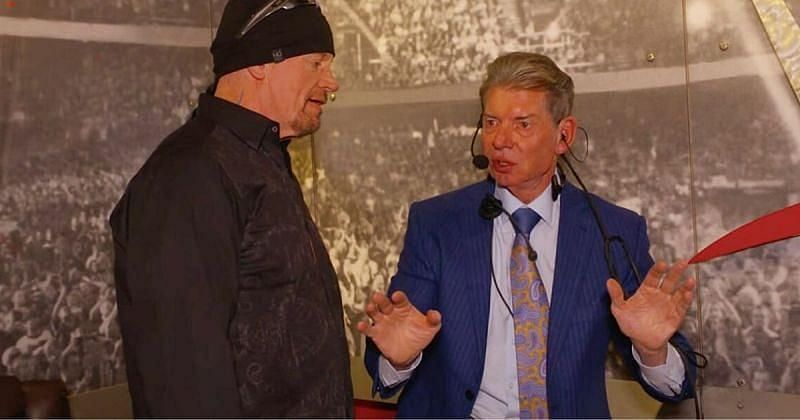 Vince McMahon has the last say in everything that goes on in WWE. Going against the Chairman’s wishes likely result in termination of contracts, which is what happened with Zelina Vega recently. This was met with a lot of negative backlash from fans and did not help McMahon’s public image.

The Undertaker recently spoke to the New York Post, where he talked about Vince McMahon as a friend. He said that McMahon is not the monster that others make him out to be. In fact, he is very caring.

“He’s a caring human being, not the monster that people think that he is. I’ve never taken for granted the special opportunity he gave me. If Vince feels like there’s still something there, I have a place on the roster, then I had no problem doing it.”

“That’s where the internet and all that stuff kind of show up, ‘Just let him retire, just let him do this, let him do that.’ I’m a grown man. I can walk away anytime I want.”

Taker had earlier revealed in an interview that he would want to hug McMahon first whenever he comes back to WWE.

The Deadman’s 30th anniversary will be celebrated at the ”Final Farewell” event at Survivor Series next week.