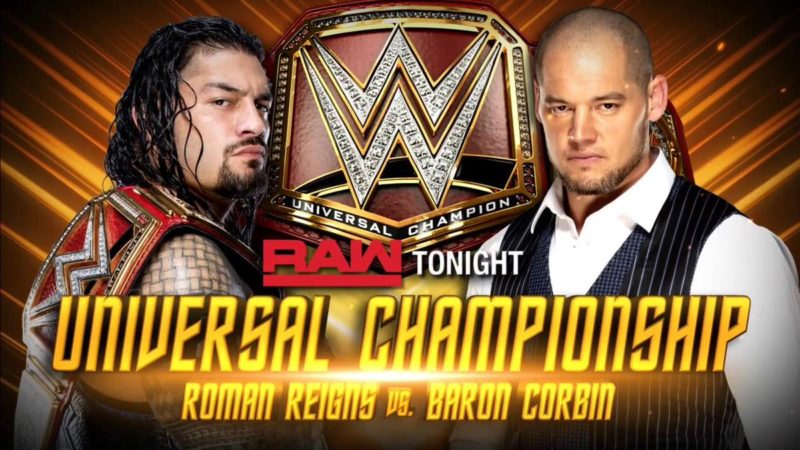 The Universal, Intercontinental, and Raw Women’s Championships are all on the line tonight on Monday Night Raw.

At the beginning of the night, Baron Corbin revealed he would be facing Roman Reigns for the Universal Championship. Later in the night, Corbin told Dolph Ziggler that if he challenged Rollins to a match for the IC title and he no-showed, Rollins would be stripped of the title and it would be awarded to the Show-Off.

Could we be seeing an Open Challenge for the #Raw Women's Championship tonight?? We might if @RondaRousey has anything to say about it… pic.twitter.com/ryVf0wHlDr

Finally, Ronda Rousey revealed to the WWE Universe in a backstage segment with the Bella Twins and Natalya that she would be putting up her Raw Women’s Championship in an Open Challenge later tonight.

Raw looks to be firing on all cylinders tonight as they head towards WWE Super Show-Down in Melbourne, Australia. Do you expect to see any title changes tonight? Which ones? Let us know in the comments below!