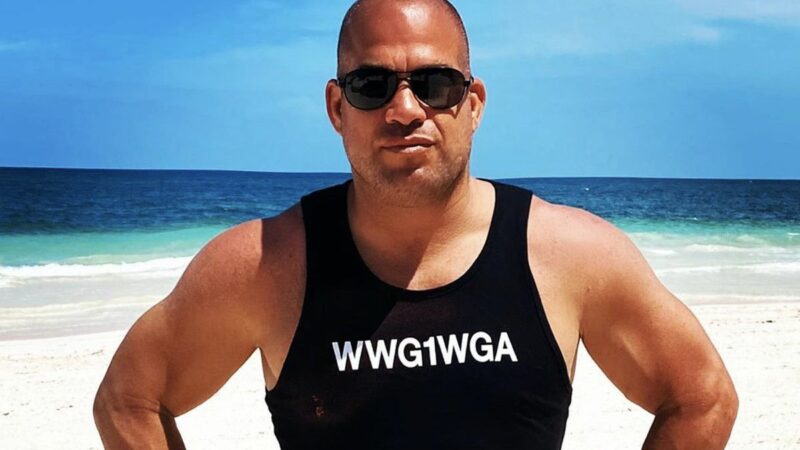 UFC legend Tito Ortiz was recently featured in a hilarious Twitter thread. The former light heavyweight champion has had to try and prove that he knows the long-tenured UFC commentator Joe Rogan.

Making his UFC debut in 1997 at UFC 13, Ortiz is a true veteran of the sport. The 47-year-old won the light heavyweight strap back in 2000, defeating Wanderlei Silva for the vacant title. Ortiz initially set an impressive defensive record at LHW, defending his title successfully on five separate occasions before eventually losing out to Randy Couture.

The Twitter exchange started after Ortiz posted a clip from Joe Rogan’s podcast, in which Rogan discussed American politics. He agreed with the UFC commentator’s point but was then told by a fan that “He don’t know you little bro.”

The 47-year-old was spotted responding to the fan and referred back to his UFC debut date, May 30th 1997, where he first met Joe Rogan in a post-fight interview. The fan hilariously asked for a source, where Ortiz responded with UFC 13.

Twitter user @McGregorRousey then pretended he’d spoken to Joe Rogan on the phone, stating he had never heard of Tito Ortiz. The former light heavyweight champion responded again, adding a video of his actual interview with Rogan and a Reddit thread link. The final exchange was @McGregorRousey hilariously telling Ortiz that he had edited the video and it was clearly a fake.

Tito Ortiz trying to prove to me that he knows Joe Rogan pic.twitter.com/wE9A7fLTBp