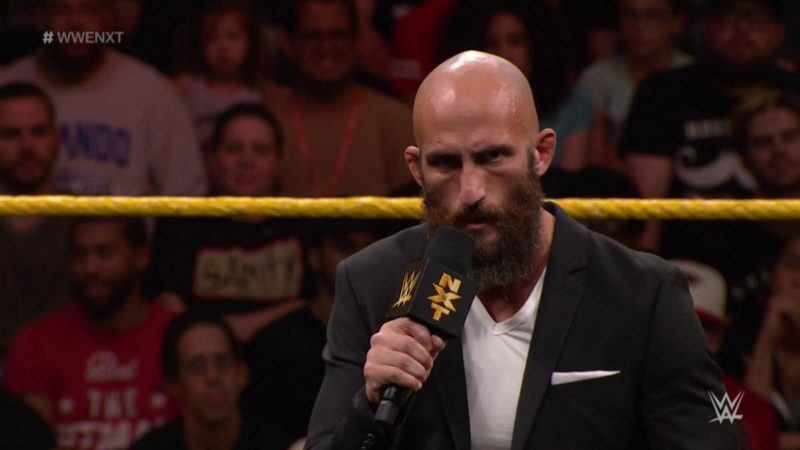 Tommaso Ciampa’s loss at NXT TakeOver: New Orleans was a tough one to swallow. After almost a year of claiming that he was the best member of DIY and that he carried the team, the Psycho Killer hoped to finally pick up a pin over his former best friend in NXT in his first match back from injury.

However, he was unable to pick up the win when Johnny Gargano locked in an STF using Ciampa’s knee brace on his face. Since then, fans and critics alike have been commending both he and Gargano for their excellent performance. But it seems that Ciampa isn’t looking for support.

Ciampa claims that the praise from the WWE Universe means nothing to him. The former NXT Tag Team Champion clearly isn’t looking to get on the good side of the fans. While he may have come up short in New Orleans, we can only assume that Ciampa plans on getting his revenge soon on Johnny Wrestling.