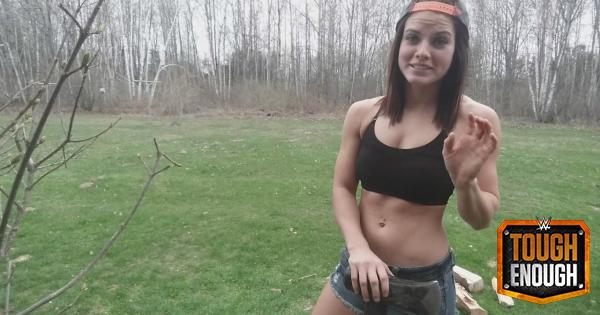 WWE Tough Enough winner Sara Lee spoke with Mlive.com following the season finale on Tuesday night about the show. Down below are the highlights.

Do you see a future rivalry in the ring with Paige?

“I think the foundation is definitely there for a good match with her someday. Outside of the ring, Paige is really cool and everything she says to me, I don’t take it personally. She’s just trying to help me improve. I take her suggestions and criticisms and learn from them. She’s one of my favorite WWE Divas.

Not to take anything away from what you did, and I do think being popular with the fans is a key aspect of being a WWE Diva.. but, do you think if it wasn’t for the fan vote deciding the outcome, you would have made it to the finals?

“It’s hard to say because the show would have had a different format. At the end of the day, the WWE is about who people want to see in the ring and see who they connect with. The fans chose who they wanted.”

“I’m open to whatever, because things are constantly changing in WWE. I’d have to work on my heel character a little bit. With the right tools, I think I could put together a good heel character. Whatever is asked of me, whatever the demands are, I’m ready to try it.”