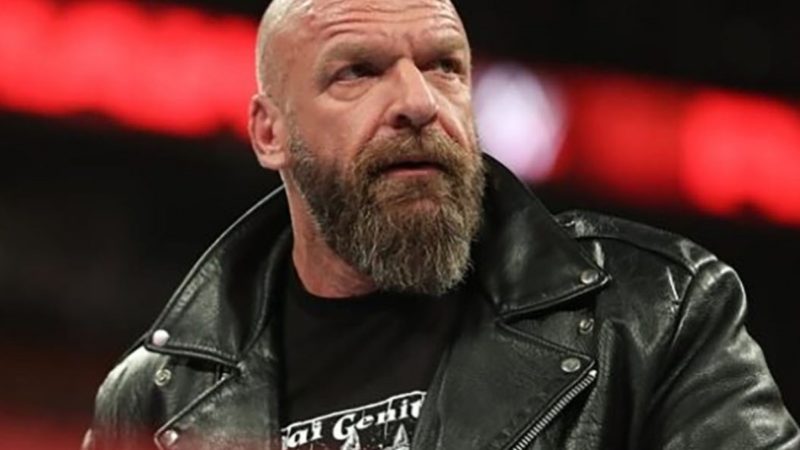 Triple H might be eyeing to snatch some AEW stars. Malakai Black was reportedly granted a conditional release from AEW, but his future with the promotion seems unclear. The former WWE star recently approached Tony Khan, citing his mental health as the reason for him requiring some time off from the in-ring competition. At the time, it seemed many talents were making their way back to WWE with Triple H in an administrative role. At the All Out pay-per-view, when Black was making his exit after his tag team match, he blew a kiss to the fans, thus hinting that it would be a while till they see him next. It seems he is not the only one to ask for release. It was reported WWE also wanted FTR to join the company.

It has been noted that other wrestlers who were also contacted informed AEW management that a member of WWE Talent Relations had reached out to them. This led to AEW’s head of legal, Megha Parekh, writing a letter threatening WWE for contract tampering. Tony Khan announced this news to the AEW roster at a talent meeting last month. There have been reports floating that Swerve Strickland and Bobby Fish were also approached by WWE.

Did WWE try to sign Swerve Strickland and Bobby Fish?

Sean Sapp reported behind Fightful’s paywall that Swerve Strickland was contacted by WWE about coming back. This would have presumably been to be a part of the Hit Row faction upon their return. Swerve just told WWE to call his attorney. On the other hand, Keith Lee has never been contacted, something that he addressed just recently.

We can confirm that Swerve Strickland was contacted by WWE, but referred them to his attorney, and had no interest in returning to the company at the time. We were given the indication that he was contacted as a part of the reformed Hit Row pitch. However, we were told that as of now, Keith Lee has not been contacted by WWE, contrary to rumors.

Meanwhile, former AEW star Bobby Fish, who is seemingly a free agent recently showed up at IMPACT Wrestling. Fans might expect his WWE return, but that doesn’t seem to be in the cards right now. A rumor hit Twitter that said Bobby Fish tried to convince Adam Cole and Kyle O’Reilly to leave AEW. Sean Sapp noted behind Fightful’s paywall that this story is a pure fabrication.

A popular DARK TWITTER internet rumor was that before Bobby Fish had asked Adam Cole and Kyle O’Reilly to leave All Elite Wrestling with him to go back to WWE. That was vehemently denied by numerous AEW sources, and WWE sources have stated that there haven’t been talks between Bobby Fish and the company.

We will have to see if Triple H manages to sign them back.