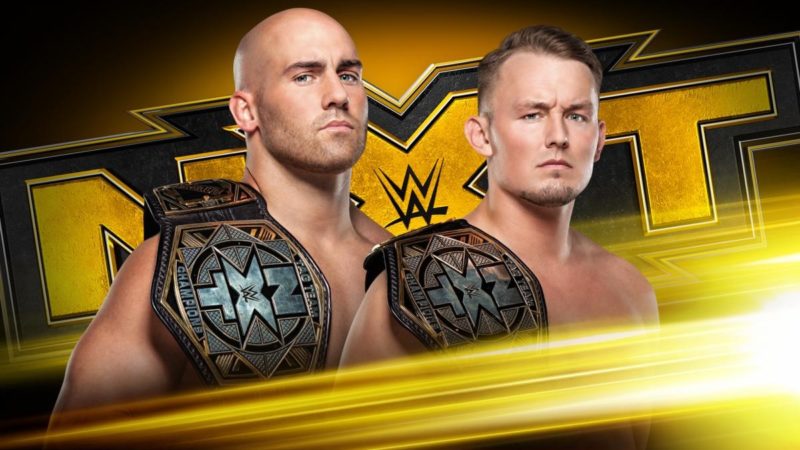 Featured below are the additional announcements regarding Scott vs. Atlas and Imperium’s return for tonight’s NXT On USA, courtesy of WWE.com.

Isaiah “Swerve” Scott made a very good point on the most recent edition of WWE 205 Live: He is the only Superstar to defeat Santos Escobar since the leader of Legado del Fantasma debuted in WWE.

Granted it was when Escobar was competing as El Hijo del Fantasma and before he recruited Joaquin Wilde and Raul Mendoza to watch his back, but “Swerve” nevertheless made quite the impression in the seesaw battle and is targeting a title bout with the NXT Cruiserweight Champion.

He’ll have a chance to strengthen his case tonight on NXT when he clashes with Jake Atlas, who came just one win away from competing for the NXT Cruiserweight Title during a recent eight-man tournament to determine a new champion, though he was defeated by Drake Maverick in a Triple Threat Match that also included Kushida. Now, Atlas is looking to reenter the title picture.

Which Superstar will claim a pivotal victory? Find out on NXT tonight at 8/7 C!

The era of Imperium continues as the NXT Tag Team Champions return to action tonight on the black-and-gold brand.

Fabian Aichner & Marcel Barthel dispatched their last challenge from Breezango in a chaotic tag team match that saw Indus Sher and Danny Burch & Oney Lorcan create a brawl outside the ring. Will one of those tandems step up to the titleholders, or will a new force emerge within the division?

This should be INTERESTING.