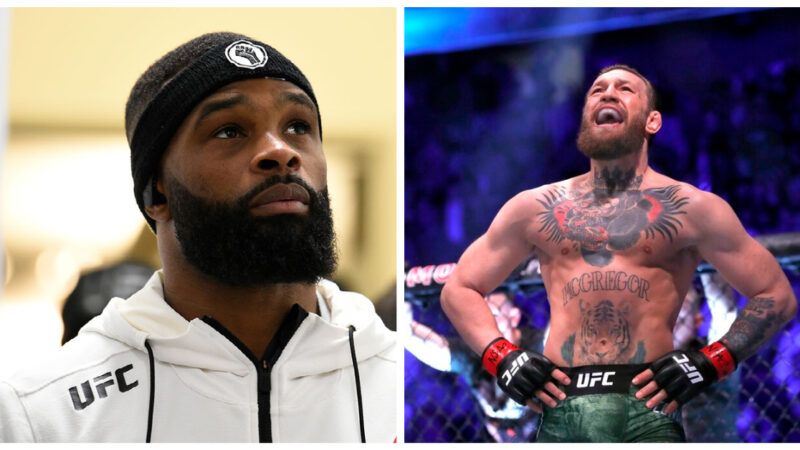 UFC star Conor McGregor is set to clash with Dustin Poirier to complete their trilogy of fights at UFC 264. Helen Yee Sports recently went around to various UFC stars about their prediction for the upcoming bout. Tyron Woodley was also asked to give his take on the upcoming encounter. Dustin Poirier ‘Exposed As Fraud’ In Alleged Video

He said that Conor not fighting for the same thing and what matters is that he participates in the bout.

Here’s what he had to as transcribed by Wrestling-Edge:

“I think Conor is not really fighting for the same thing anymore. He got all the money, he got all the stuff and when he wins or loses, he’s happy and it doesn’t really matter. Him going out there is a big deal.”

He was asked to share his prediction about the upcoming deciding match and he shared his thoughts on both the fighters who are set to lock horns soon.

“It’s tough. Conor was winning that fight and it’s hard. I don’t know what his condition was for five rounds, He’s knocked out Dustin before so it’s not like he hasn’t really touched his chin or clipped him before. So it’s hard to say man. Dustin’s more active though, so if I have to give advantage to anybody, Dustin’s been consistent he has been more active and it’s something about those reps in octagon.”

In the previous two clashes between Poirier and McGregor both have picked up the win each. Now it is the time to see who emerges as the winner in final decider bout. The fight is set to take place on Sunday, July 11 at UFC 264.