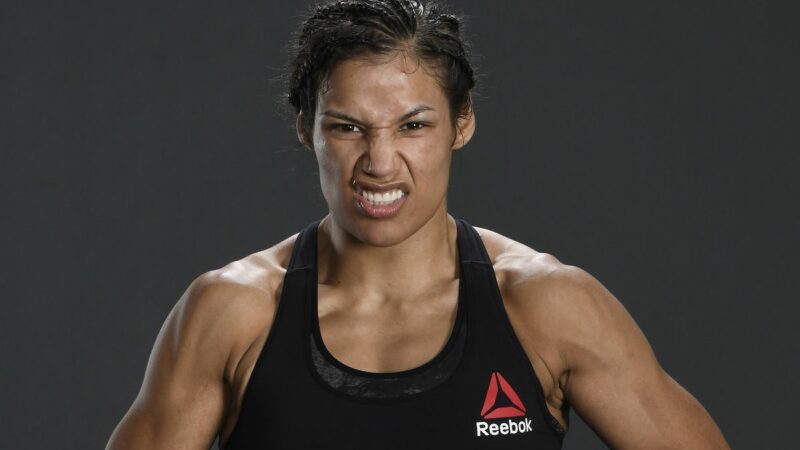 UFC Women’s Bantamweight Champion Julianna Pena is a tough fighter to face. Her indomitable spirit has helped her win Championships in UFC. She recently detailed how she had an alley fight with a co-worker that helped shape the confidence she boasts today. Julianna Pena was embarrassed by UFC fans at hotel.

Julianna Pena opens up the fight

She recently had a battle with Amanda Nunes and she had shocked the world at UFC 269 last month. “The Venezuelan Vixen” came to the fight to win and only win. She made good on her pre-fight prediction in the final pay-per-view co-main event of the year. She tired out the then-double champion on the feet, dragged her to the mat, and submitted her in the second round.

While fans, fighters, and pundits in attendance at the T-Mobile Arena and in their homes were shocked. While some, including Nunes, put that high level of confidence down to delusion, “The Venezuelan Vixen” proved herself right on December 11. Now, over a month beyond her memorable title-winning performance, the 32-year-old has explained where her immense self-belief derives from.

During an interview with the New York Post, the 135-pound queen narrated the story of a wild alley fight she had with a male colleague while she was working as a food expediter at a local eatery called The Onion. Far from her performances nowadays, Peña was left on the wrong side of the result on that occasion.

“I fought a dude in an alley and got my left eye swollen shut for three days. It needed 11 stitches,” she explained. At The Onion, Peña worked alongside an individual she’d previously encountered while employed as a supervisor at a pizza restaurant in Spokane. As far as friendly co-workers go, the man certainly didn’t fit into that category.

“He was just a nuisance. I constantly had to tell him what to do. I had to cut people from their shifts depending on how busy they were, and the second I could let anybody go, it would be him. I’d be like, ‘Get out of here.’”

Like in many workplaces, banter and back and forth between colleagues was a mainstay at The Onion. That was the case with Peña despite the fact she was still in training. But when the co-worker boasted of a fighting superiority, Peña, who was evidently tough from a young age, wasn’t about to back down.

“The management staff would always egg him on, being like, ‘Don’t mess with her. She’ll kick your ass,’ instead of telling him to knock it off or you’ll get fired,” Peña said.

She revealed that she was knocked down multiple times but she got back up over and over again. That spirit has helped her throughout her career.