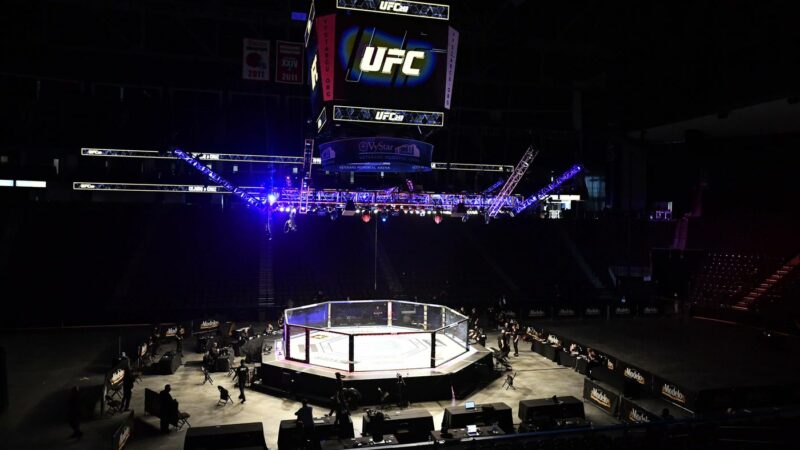 Anthony “Rumble” Johnson passed away today. He was 38 years old.

Johnson had been battling an illness for quite some time.

One of the hardest hitters and most talented fighters in MMA history. Gone way too soon.

May he rest in peace.”

Anthony “Rumble” Johnson passed away today. He was 38 years old.

Johnson had been battling an illness for quite some time.

One of the hardest hitters and most talented fighters in MMA history. Gone way too soon.

May he rest in peace. pic.twitter.com/t5mVvRaNih

Anthony Johnson was an icon of UFC, while Mike Tyson is the ultimate icon in boxing.

Fred Rosser previously had a stint with WWE as Darren Young. He was also a part of the Prime Time Players tag team with Titus O’Neil. It has come to light that WWE legend Bob Backlund served as his life coach and the tag-team was inspired by Mike Tyson, according to Rosser.

Fred Rosser opens up on the tag-team formation

In an interview with “Under the Ring,” the current New Japan Strong Openweight Champion went through the whole process of the idea, including who he mirrored it after.

“Tag teams don’t last forever, and I new sooner or later Titus and I would break up,” Rosser said. “So you’ve gotta have ideas. I’d done several autograph signings with Bob Backlund for Special Olympics, Be-A-Star. And every time he does autograph signings, he does them standing up, and so do I. So there was a point when I was doing a signing with him, I’m looking over at Bob, and I said ‘Man, he’s energetic, I’m energetic. I’d love to [work with him].’ At the time, WWE wasn’t heavy into managers, but I said to myself ‘I’d love to have him as like, not my manager, but something like my life coach.’

He revealed how he drew inspiration from legendary pro boxer Mike Tyson about the tag-team formation. He later pitched the idea to Vince McMahon, who had approved it:

“It was really my idea, and I’ve said it in many interviews, because a lot of guys think that it was just given to me. It was actually my idea. And I wrote it out, I had visuals. I actually kind of mirrored the idea from Mike Tyson and his former trainer, Cus D’Amato, because they’re like strange bedfellows. But Mike was very, very locked in to his trainer, Cus D’Amato, so that’s what I did. I took the ideas, I proposed them to Vince McMahon.”