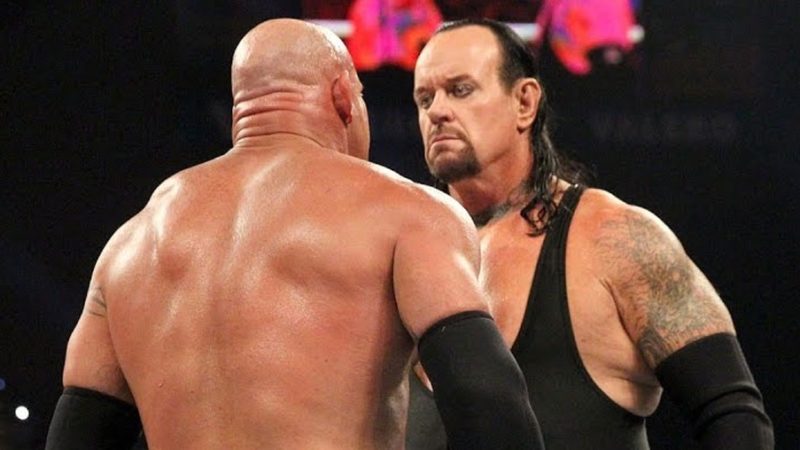 The Undertaker has been spotted in Houston, the city of Royal Rumble. There is no word yet on if Taker will be competing in Sunday’s Royal Rumble event, but with him being in the town, there is always a possibility.

Though he is not the only interesting name to have been spotted in the town for the event on Sunday Night and PWInsider has revealed few other names who are in Houston for the show.

According to reports from the site, Shane McMahon who hasn’t been seen on WWE programming since losing the ladder match to Kevin Owens at the SmackDown 20th anniversary special, is in the area.

WWE Hall Of Famers Mark Henry, Pat Patterson, Ted DiBiase Sr and WWE Backstage analyst Christian are also there, but they seem less likely to be surprise entrants for the show.

Michelle McCool has also been spotted there but it’s more likely that she is accompanying Taker rather than preparing for a comeback at the PPV.