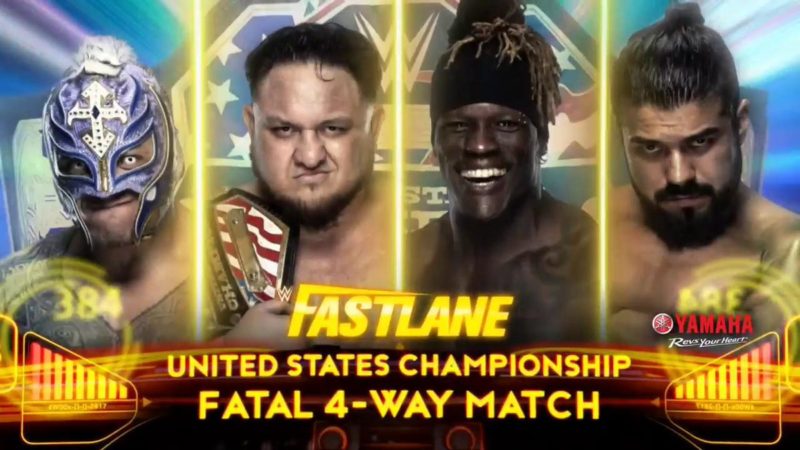 On the most recent edition of SmackDown Live, Samoa Joe won a Fatal-4-Way match to earn his first piece of main roster gold, the United States Championship. Without an automatic rematch clause,  Carmella has been petitioning to get R-Truth, who wasn’t pinned, a rematch for the title. He’ll be getting that shot earlier than expected at tonight’s PPV, WWE Fastlane.

While collecting signatures, she was stopped by Zelina Vega, who believed that Andrade would be next in line after defeating Rey Mysterio on the Kickoff show tonight. As they continued to argue, they were interrupted by the Samoan Submission Machine.

Joe said that he plans on being champion for a long time, but if anyone wants to step up, they’re free to, because, in the end, he’ll put them all to sleep. Joe then signed Carmella’s petition and left. Afterward, it was revealed that he would defend the US Championship in a rematch from SmackDown Live, facing Rey Mysterio, R-Truth, and Andrade in a Fatal-4-Way match.