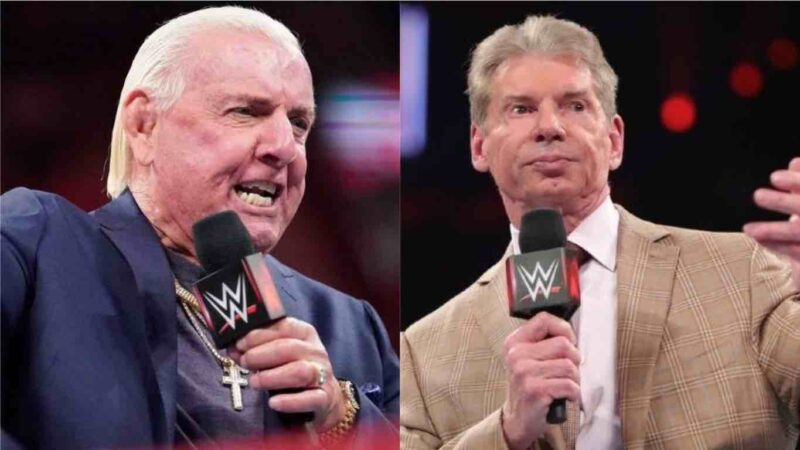 WWE Hall of Famer Ric Flair’s trademark “Woooo” was previously removed from WWE signature open but made its return as of the July 4 episode of WWE RAW. The removal took place on the September 20, 2021 episode of WWE Raw. At the time, Flair was facing backlash after having sexual misconduct allegations against him and having the depiction of said allegations featured in an episode of Dark Side of the Ring. The incident allegedly occurred on the infamous “Plane Ride From Hell” in 2002. Flair had also denied the allegations.

Appearing on Busted Open Radio, Flair revealed that he personally thanked Vince McMahon for the gesture.

“I went and saw Vince yesterday [Monday] to personally thank him because they were in Tampa. It made me feel like my world had changed again. It made me feel a lot better than when they took me off. Everything Vince McMahon has ever said to me has come true and he said, ‘I promise you I’ll put you back on it,’ and he did. I went over there and thanked him,”said Flair.

Flair is set to make his in-ring return on July 31 teaming with Andrade against Jeff Jarrett and Jay Lethal. The match will be a part of the huge Starrcast wrestling convention. However, it was reported that there is some concern regarding his health ahead of his last match. ‘The Nature Boy’ hasn’t wrestled since 2011, and has been training for months for the bout. According to Dave Meltzer on the latest Wrestling Observer Radio,’ there has concern over Ric Flair’s health heading into his last match. This is because Flair has been dealing with “a foot injury.” There was no further elaboration on Flair’s foot injury, but he is also wrestling with a pacemaker, which adds a big level of risk to things. During the same interview, Flair had opened up on his injury and also revealed who will attend his last match.