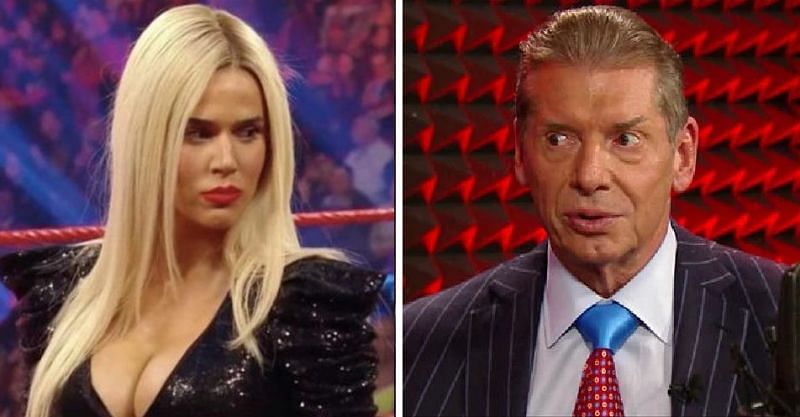 The former WWE star Lana (CJ Perry) recently spoke about the time she kissed Dolph Ziggler on-screen. Back in the summer of 2015, Lana had developed an interest in Ziggler as she was growing distances with Rusev(now his husband Miro). Soon WWE paired these two up while Rusev was aligned with Danielle Moinet fka Summer Rae. The romantic relationship between Ziggler and the Ravishing Russian was highly appreciated as the two would go on to share some passionate kisses on TV.

Lana revealed that McMahon used John Laurinaitis as a prop to explain what he was looking for in the kiss. He demanded it be “way slower” than the wrestlers first rehearsed, and for the kiss to express “innocence” on television.

Following Perry’s comments, Ziggler was recently asked outright if McMahon taught him how to kiss the Ravishing Russian. ‘The Showoff’ said it was quite awkward to become an on-screen pair with his friends. Here is what he said:

“Oh no, no, he didn’t teach how … but to be fair, I mean, this is show business,” Ziggler told Cleveland’s Morning News with Wills & Snyder. “We did have to become on-screen a pair together, so that’s always awkward, especially when you’re friends with them already, or if they’re in a relationship with your buddy. But, yeah, that’s part of the deal … My character has had tons of girlfriends, and the first couple of times it’s really weird and awkward. But you learn what this is, it’s a business, and you get down to it and go out there and steal the show, no matter what.”