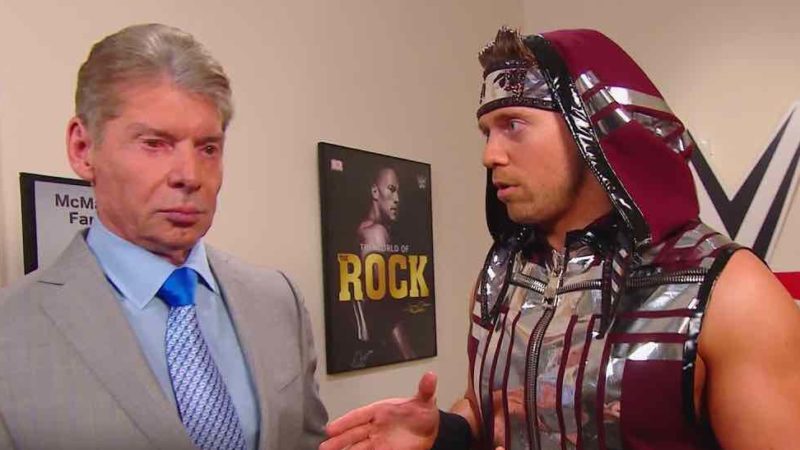 Vince McMahon pulls no punches when it comes to burying someone. The Miz can’t escape from this. Vince McMahon was ‘furious’ with a Roman Reigns match.

During Wrestling Observer Radio, Dave Meltzer explained WWE’s thought process for putting the strap on The Miz, even for a very short lived second.

Dave stated the following: “It was a way to get the title on Lashley, that’s just what it was. They want Drew to be the challenger on the first night with fans. So, that’s the direction they went. They could have gone with someone else as a transitional champion, but the thing is when you’re a one-week champion it kinda makes you suck. So, you might as well do someone who you don’t portray as a main event guy.”

Dave continues forward: “Let’s say they put Sheamus in there, it would make Sheamus look like a complete goof; and then based on who they’ve got and who they’re pushing it pretty much, I mean if you look at that side [of the heel roster], I mean Miz had the briefcase.”

Dave continues and speaks about why the WWE title isn’t that worthy on TV: “You can hot-shot and everything like that. It’s not a defense [of doing it], but I never believe in weakening your championship and watering down your championship. Having Miz as champion clearly does that. I would never recommend it. They’ve got the mentality that the title is a prop and a tool to draw ratings, and it was a success.”

The Miz won the WWE title at the pay-per-view, Elimination Chamber and then lost it to Lashley just one week after that. Vince could get back former champion John Cena for a big SummerSlam match.