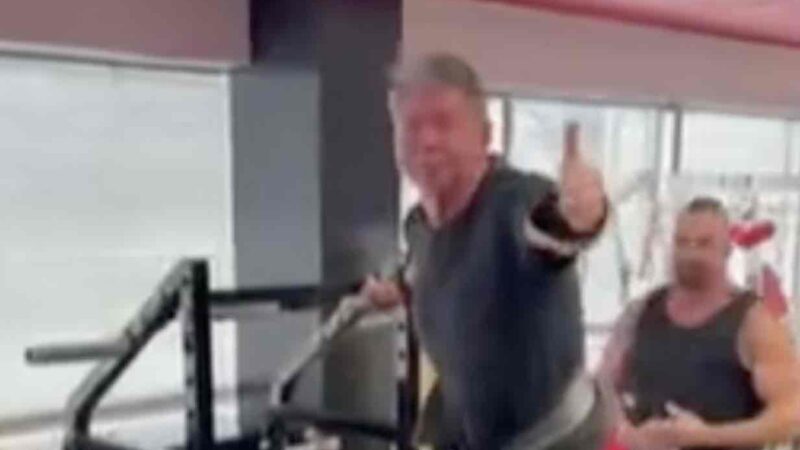 Vince McMahon texted WWE color commentator and former NFL star Pat McAfee a gym video where he said Austin Theory would ‘kick his ass’ at WrestleMania 38, as seen below.

Vince McMahon has been WWE Chairman since 1982 when he bought WWE from his father Vince Sr and his partners. McMahon saw quite a few changes in his company over the last few decades on top of that. All through that, the WWE Chairman continued to adapt to the changing times. However, many fans now feel that he is out of touch and simply has no idea what is good for a WWE Superstar and their growth. The WWE Chairman is larger than life in many ways and he also has his own oddities and problems as well. Vince McMahon’s huge WrestleMania 38 match was also previously revealed.

Vince McMahon is known for his whacky and sometimes outright offensive ideas. While many believed that the Chairman of WWE was going to compete at WrestleMania 38, that turned out to not be the truth as it was revealed that Pat McAfee will be squaring off against Vince McMahon’s protege Austin Theory at the Showcase Of The Immortals.
According to a report by Fightful Select, John Laurinaitis called in a surprise guest in a recent meeting for the WWE talent, who turned out to be Triple H and it was said to be an emotional and positive meeting.

We’re told that John Laurinaitis kicked off the meeting by saying he had a guest for the talent in attendance. It was Triple H, who hasn’t been seen by most talent since August. We’re told it was an emotional scene with many elated that he was there. He discussed his health challenges and introduced WWE President Nick Khan, who he called a friend of over ten years.