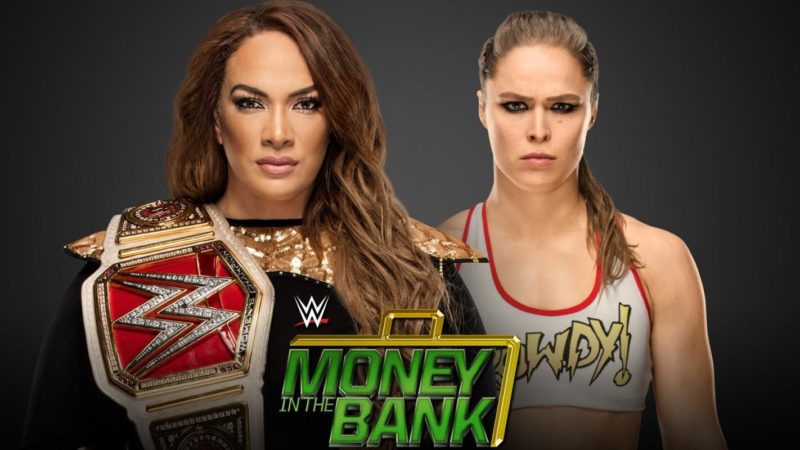 Ronda Rousey’s first title fight in the WWE was a big moment. WWE’s biggest acquisition was thrown into the Raw Women’s Championship picture pretty quickly, with her title bout against Nia Jax being her second broadcasted match.

It’s been rumored that Rousey will take the main event spot at a PPV or two over the next year, possibly even at WrestleMania. However, the Wrestling Observer Newsletter revealed that Jax and Rousey were almost in the main event slot of Money in the Bank.

Apparently, the idea was to use the cash in from Alexa Bliss at the end of the night, opening Raw the next night with the biggest story of the pay per view. Bliss and Ronda Rousey did start the following Raw off, with their storyline becoming the focal point of that episode.

Ronda Rousey, while impressing the WWE Universe and stars like Sasha Banks between her debut and MITB match, got a lot of flak over being thrown into the title picture so quickly.