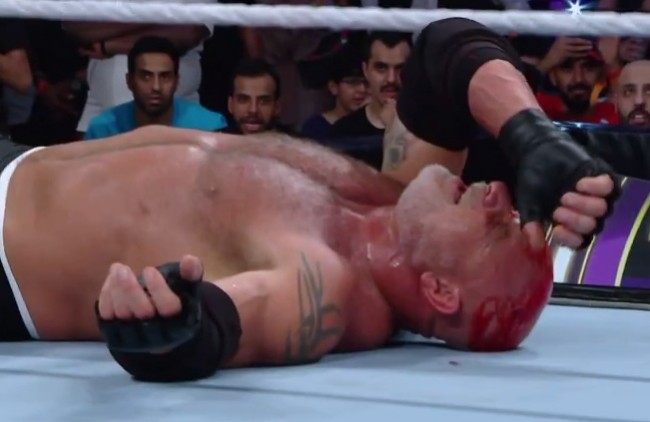 Goldberg faced off against The Undertaker at WWE Super Showdown in Jeddah, Saudi Arabia. However, the match didn’t go as well as one would expect, but at least he had company in Saudi Arabia.

The legend suffered a concussion during the match and later on was disappointed with the match, even apologizing to the fans. However, he had a special demand before working WWE Super Showdown.

According to a report by Fightful, Goldberg demanded that his wife and son be allowed to travel with him to Saudi Arabia. However, neither of them were present during the event itself.

We do hope having his family with him in Saudi Arabia helped Goldberg, especially after his disappointing match. Though that did little to help with The Undertaker being ticked off at him after the match.