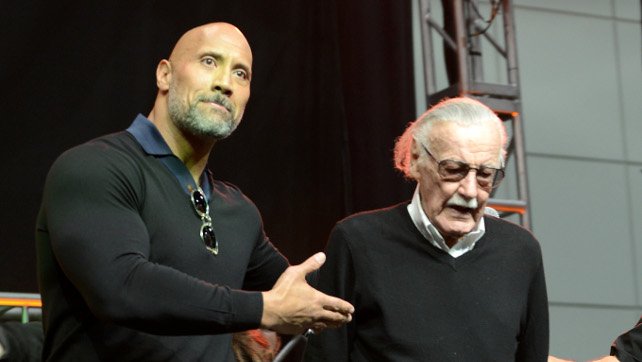 Marvel Comics founder Stan Lee passed away earlier today at the age of 95. The legendary writer’s passing was met by a wave of emotional posts from those who were touched by his works, including those in the wrestling industry.

Many stars from WWE, ROH, NJPW, and other promotions around the globe grew up reading Marvel comics and idolizing the characters created by Lee. Today, those stars took to social media to honor Lee and thank him for inspiring them.

Landed in LA & heard the news about Stan Lee. Hard to condense his influence on me into one tweet, but consider this. I’ve been a @Marvel guy since I was 12, & Marvel is Marvel because of Stan. I’ve read comics, written some, & even tried to BE a superhero because of Stan. RIP. pic.twitter.com/EiAX8H8FAo

One of the greatest humans in all of our existence. The legend will forever live on. RIP https://t.co/WZlMYSF3b6

Just heard about Stan Lee passing away. Sad to hear the news but extremely happy to have had the opportunity to enjoy his work. He brought smiles, entertainment, and hope to so many hearts and minds. His characters play a huge role in who I am today. Thank you for inspiring me.

RIP Stan Lee, part of my life since my 10 year monthly #Hulk subscription started in 1973. I loved talking to him at Comic Cons – Stan was a wrestling fan –
and will always look forward to my children shouting out his @Marvel movie cameos. pic.twitter.com/0KV26dCv8f

What a man. What a life.
When I first broke into Hollywood, he welcomed me with open arms and some very sage advice I’ll forever take to heart.
A true icon who impacted generations around the world.
Rest in love, my friend. #imagination #stanlee 💫 pic.twitter.com/dw3FXMgyHp

Stan Lee’s iconic heroes reached the hearts of multiple generations, and it seems that his influence ran deep in the wrestling world. Rest in peace, sir. You will be missed.