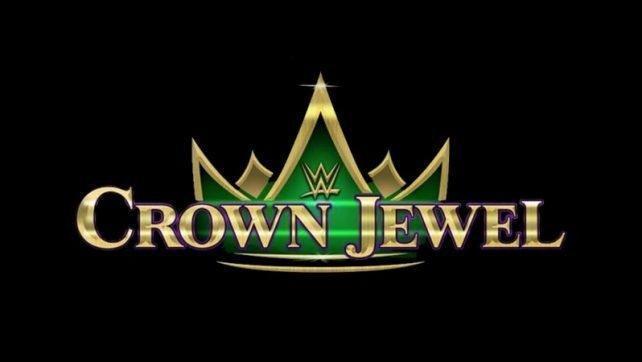 WWE Crown Jewel is set to take place this Thursday and it is stacked with huge matches. The event will take place in Saudi Arabia. WWE added a match to the show this week during RAW, but it was not promoted on SmackDown.

Mansoor vs Mustafa Ali match got no promotion on SmackDown

Mustafa Ali will battle Mansoor in Saudi Arabia. It’s no big surprise that Mansoor has -1000 odds over Mustafa Ali to win. After all, WWE will put Mansoor over at all costs in his home country Saudi Arabia. Ric Flair & Donald Trump Bombshell Leaks

Ali was not happy at all after watching SmackDown this week. Their match is still on, but the announce team neglected to even mention it when they went over a rundown for the Crown Jewel event. Mustafa Ali noticed that his match was given the shaft and he had to tweet out about it.

just a reminder, this match is also taking place at #WWECrownJewel despite not being promoted at all at the end of #SmackdownonFS1

just a reminder, this match is also taking place at #WWECrownJewel despite not being promoted at all at the end of #SmackdownonFS1 https://t.co/gv7D5b6ViN

We’ll have to see how Crown Jewel turns out.

Check out the full match card below:

Hell In a Cell Match
Seth Rollins vs. WWE Hall of Famer Edge