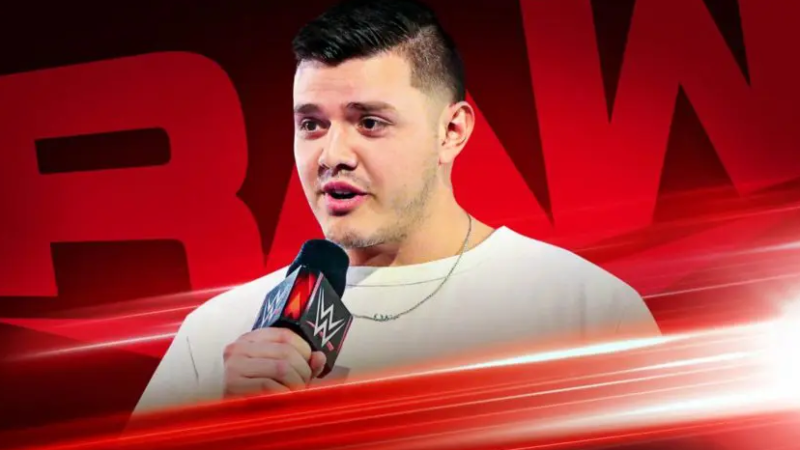 Dominik Mysterio and Rhea Ripley are now in a dating storyline as WWE commentator Corey Graves had reported on WWE Raw. Graves said he was high-fiving Dominik about being with Rhea, and that Dominik is ‘infatuated’ with Ripley. Rhea Ripley recently took to her Instagram account and posted a couple of pictures with Dominik. Rhea often whispers words to Dom and they were snapped doing the same. It turns out a WWE personnel knows what Ripley told Dominik. However, he refrains from revealing as he is terrorized by The Judgement Day.

The Judgment Day were guests on the latest episode of WWE’s The Bump, and during the show, Ripley revealed to host Matt Camp what she whispered in Dominik Mysterio’s ear. But don’t expect him to spill the beans as he took to social media to reveal that he promised Ripley he’d never tell. Tweeting out:

Ripley responded to the tweet, appreciating the host of WWE’s The Bump for keeping her secret.

However, she included a threatening GIF of Willem Dafoe as Norman Osborne from the movie Spider-Man, branding a pair of carving knives if Camp decides to break his promise. Tweeting out:

Former United States Champion Matt Riddle recently expressed his disappointed with The Judgement Day member Rhea Ripley. It comes after the events of this week’s edition of WWE Monday Night RAW. On the show, Riddle teamed up with the legend Rey Mysterio in a tag team match against Finn Balor and Damian Priest. At one point during the match, The Original Bro came face-to-face with Rhea Ripley and made the mistake of turning his back on The Nightmare. Ripley then decided to take advantage of the situation and attacked him from behind. In the end, a Coup De Grace from Balor finished things for Riddle and Mysterio.