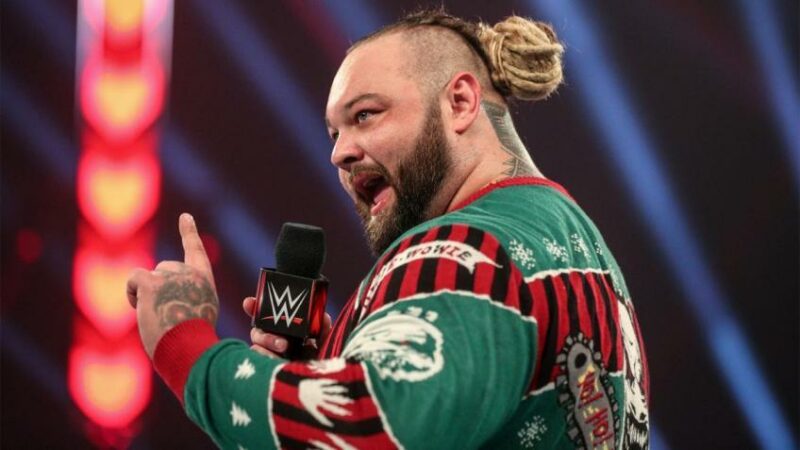 Bray Wyatt jokes with a fan

Friday Night SmackDown recently emanated from Salt Lake City, Utah. One fan decided to joke about Wyatt being present in the city and posted a picture of a man who barely looked like Wyatt at the Salt Lake City airport.

The tweet garnered some attention on the platform, primarily because it functioned well as a joke. However, it successfully grabbed Wyatt’s attention, who shot out a reply. While it had nothing to do with his appearance on the show or not, he still carried the joke pretty well:

I would never use Hertz. Yuck.

Fans have also noted an element in the Extreme Rules graphic which have been linked to possible return of Bray Wyatt. After a backstage segment on this week’s RAW with Austin Theory, a QR code could be seen in the background, and when scanned, it was noted that it takes to a video on WWE.com featuring a white rabbit. The video asks the question, “Who killed the world?” The letters fill in to say “You did,” and then a “Come with me” message appears before it flashes “9.23,” the date of Friday’s episode of SmackDown. Post RAW, Wyatt also liked a tweet from 2019 that may have added further speculation.

I would never use Hertz. Yuck