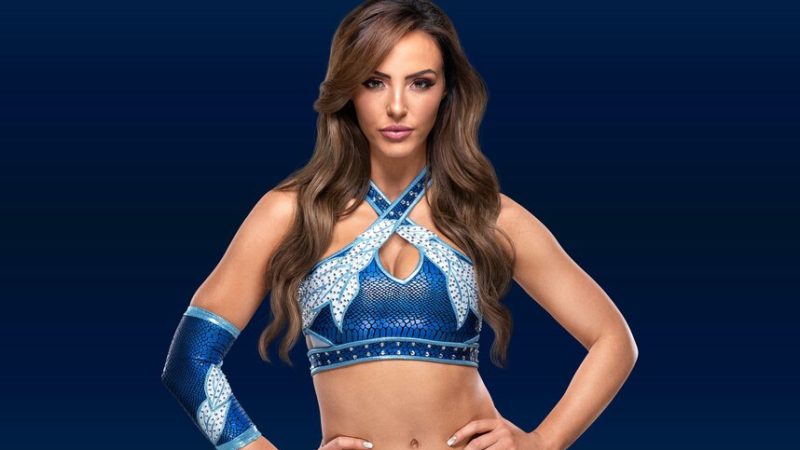 Where does Peyton Royce go from here? Following her emotional promo during this past week’s RAW Talk, that is what a lot of those within the WWE Universe are asking. In fact, so are Royce’s peers as Corey Graves was wondering what direction Royce goes in next. During a recent edition of his ‘After the Bell’ podcast, Graves discussed the highly-acclaimed promo, Royce’s potential in the company and compared her to her long-time tag team partner, Billie Kay. Graves made the following remarks, stating that he just ‘doesn’t know who Peyton Royce is anymore’. Peyton Royce recently reacted to this disrespect by Bruce Prichard.

Graves stated: “I was a huge fan of The Iconics and everything that she and Billie did together. I genuinely enjoyed all those interactions. Anytime they were on my screen, I was tickled. It made me laugh. They were very entertaining. I respect her and everything she’s done. I know she’s an incredibly hard worker. What I loved most was The Iconics. When they split, when they went their separate ways, I don’t think I’m speaking out of line by saying, everyone and their mother saw Peyton as the breakout star. I think everybody said, ‘Ok, Billie is the sidekick.’

Graves continued: “If we are gauging television time as success, Billie took the ball and ran with it. Billie has been on SmackDown practically every Friday. She’s incredibly entertaining. Billie has been doing her thing, whereas Peyton has sort of been floundering. That’s not for lack of talent, not for lack of ability, and definitely not for a lack of passion. To me, as a fan, to try to look at this objectively, I don’t know who Peyton Royce is anymore. I know who Billie Kay is. Billie Kay has the resume. She’s silly. She’s funny. Peyton is a good looking girl who is good at wrestling, to me, right now, looking at it objectively. I like to hold everybody to a standard. If you’re flipping through the channels, or my friend who doesn’t watch wrestling, comes in and sits down, do they know who you are? If the guy who was feeding Vic five shots at the bar turns the TV on, having never watched WWE, can that person look and say, ‘I know what that person is about. I get that person. I understand it.’ That’s what I’m not getting from Peyton. That’s not to say she’s not capable of it, I just don’t know beyond what I just described who she is.” This Peyton Royce tight leather top photo was revealed not too long ago.

Graves also said: “Why do I want to see her face Asuka? I say, in this business, in this company in particular, and this will tie all the way back to The Miz and what Miz said last night to kick off RAW. He’s never had sick days. He’s never injured. He is just consistent and every time Miz has gotten the opportunity, no matter how stupid it may sound, ‘We want you to go out there and have your suit stripped off and run out of the arena in your underwear’, guess who does it to the best of his ability? The Miz. There’s a reason Miz has been here as long as he has and how he was WWE Champion a few weeks ago because every opportunity, and this goes to anybody in this business, in this company, and this is something I truly believe in and I’ve had this conversation with many people.”

Graves concluded: “In WWE, you may not get many opportunities so you have to make sure that when you’re given any opportunity, you hit a home run. Period. If you don’t hit a home run, maybe you only hit a single, that’s ok. You’ll probably get another opportunity, but they are not putting you in the cleanup spot. You’re not getting that third spot in the batting order. That’s for Roman Reigns. That’s for The Miz. That’s for Brawn Strowman. When you get a momentary opportunity, the old wrestling cliche, making chicken salad out of chicken you know what, that is the most valuable thing. Does that mean Peyton has gotten as many opportunities as maybe she deserves? I don’t know. Maybe she does deserve more opportunities, but, what she did on RAW Talk was masterful. You know why? Because it got the whole world talking about Peyton Royce.” Peyton Royce was shoved by this superstar in this backstage photo last month.