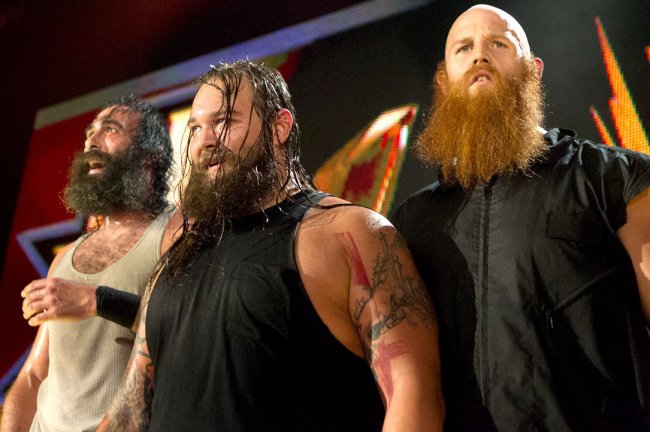 WWE is teasing that The Wyatt Family will begin a new feud on this Monday’s episode of RAW. The company’s website posted the following:

After dominating the ECW Originals in a Tables Match at WWE TLC, The Wyatt Family brought the fight to The Dudley Boyz, Rhyno and Tommy Dreamer in ECW’s birthplace of Philadelphia on Raw, defeating the hardcore veterans in an Extreme Rules Match that brought the house down in the City of Brotherly Love.

But what’s next for Bray Wyatt and his dark disciples? On SmackDown, The Eater of Worlds proclaimed, “We are not of this world. We do not obey your rules; we do not conform to your society. Sleep with one eye open, and know that we are everywhere. And we can never stop.”

Indeed, The Wyatt Family won’t be stopped on Raw.

Monday’s RAW is a special edition as the Slammy Awards will be taking place on the show. WWE is holding the taping in Minneapolis, MN at the Target Center.

Roman Reigns and Dean Ambrose vs. Bray Wyatt and Kevin Owens is being advertised for the dark match main event.