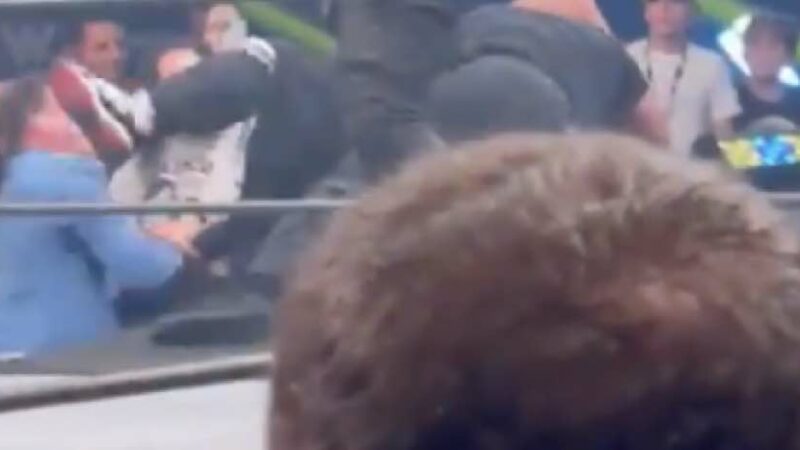 AEW announcer Justin Roberts got into some action last night at AEW Road Rager. No it was not really inside the squared circle but outside.

Justin Roberts was kicked by the invader

Last night, AEW returned to the road and held their recently concluded Road Rager event at Miami, Florida. The crowd was amazing as they engaged well with the show.

One of the fans had tried to jump in the ring during the segment but was prevented from doing so.

A video clip started surfacing on social media where the fan was seen trying to attack Chris Jericho and likely MJF but security jumped on the person and Jericho went after him.

Jericho managed to connect with a good punch before security quickly took the guy out of the ring. Justin Roberts was also seen trying to get hold of the invader.

After the incident, MJF then welcomed any other idiots to jump in the ring so he could do the same to them. The camera was on the crowd instead of the invader during the whole incident.