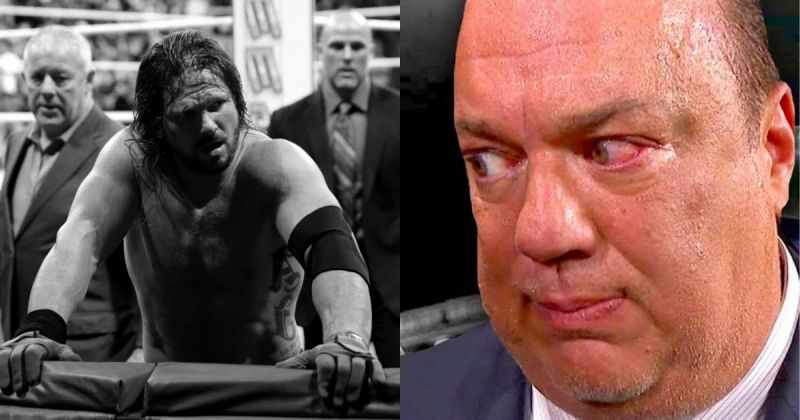 When AJ Styles was transferred from Raw to SmackDown a few months ago (May to be exact), there were reportedly a number of reasons why that happened. Firstly, the obvious reason being that the blue brand needed some main event star power, but the more telling reason being that Styles was being ‘bullied’ by then-Executive Director Paul Heyman.

During his final Mixer stream yesterday, the Intercontinental Champion elaborated on the speculation about his relationship with Heyman, and whether it was a reason for his move:

“There were some rumors going around that AJ Styles left Raw to go to SmackDown because he was being bullied… That may be the dumbest thing I’ve ever heard.”

“I mean, I’m a grown man. If there was some bullying going on that upset me enough to leave Raw and go to SmackDown, I would handle it. And whether I got my tail beat or not, I’d still handle it. I’m a grown man. So, I’ll just throw that out there.”

“When it came to the rumor about Paul Heyman and me being upset with him because he didn’t take up for Gallows and Anderson before they got released, that’s not what it was at all – not even close. I’ll give you a snippet of what me, Gallows, and Anderson already know – he’s a liar. Now you know. I’m sure you’ve heard that before if you go back to ECW days, I’m sure you’ll hear that. He’s a bold-face liar. So, that’s my take on that. I will let Gallows and Anderson [cover it].”

The ‘report’ that Styles refers to originally came from Dave Meltzer, who reported that he was “furious” with the former ECW owner for not trying harder to prevent his friends, Gallows and Anderson, being released by WWE on April 15.