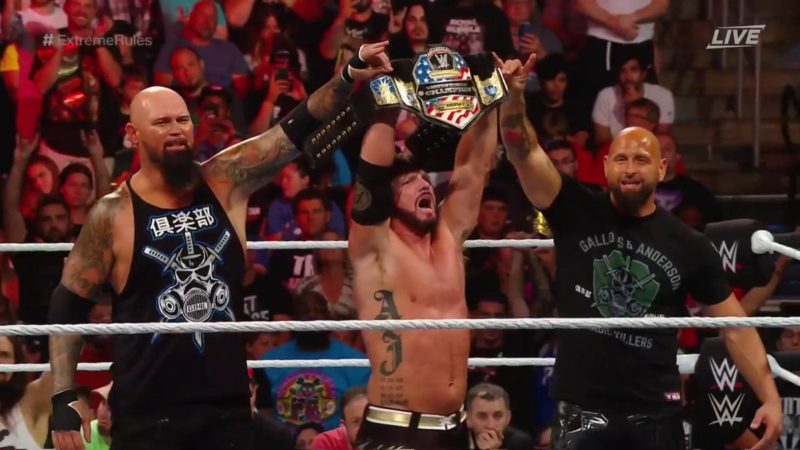 Fans already had a taste of what Ricochet and AJ Styles could accomplish together in the ring during the past few weeks and at WWE Extreme Rules, Ricochet defended his United States Title against AJ Styles, with The Club at AJ’s side.

Ricochet had his work cut out for him since he had to contend with not only AJ Styles but Luke Gallows and Karl Anderson who were at ringside to give AJ Styles some support.

Towards the end of the match, AJ hit a top rope Styles Clash on Ricochet and pinned him for the three count. So now, AJ Styles is the new United States Champion. This marks his third reign with the title.

They're about to be brotherin' softly in City of Brotherly Love.